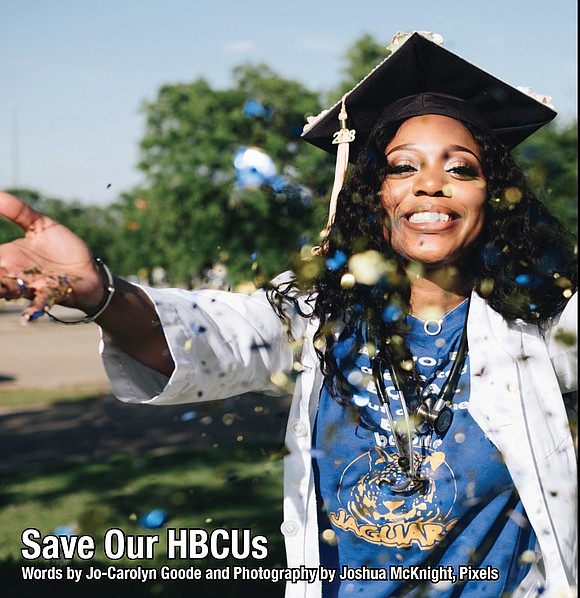 Education is a gift that once obtained can’t be taken away. It can open doors to opportunities to advance one personally and professionally. Far from easy to obtain, it is treasured as many scrimp, save, and sacrifice so much just to acquire the basics of it. Knowing the importance and its worth, what if your education’s creditability was in some way threatened?

In essence, that is what is happening to the students at Bennett College. The validity of their future degree is at stake and it is all in the hands of those on the board of the Southern Association of Colleges and Schools Commission on Colleges who put the school on notice that their accreditation could be stripped.

SACS is a commission charged with accrediting the nation’s institutes of higher learning in eleven states (Alabama, Florida, Georgia, Kentucky, Louisiana, Mississippi, North Carolina, South Carolina, Tennessee, Texas, and Virginia). Intuitions must comply with the Principles of Accreditation as set forth by the commission. Every ten years colleges must apply to have their accreditation reaffirm. One committee reviews a college’s Compliance Certification document while a different committee is sent to the college campus for an onsite visit to review what the college is doing/planning to enhance student learning. Yet, another committee reviews those findings to recommend an action of the Executive Council, which are officially announced at the College Delegate Assembly.

For the past two years, Bennett College has been on probation for its accreditation by SACS due to what the board called a lack of "sound financial resources" and a "stable financial base to support the mission of the institution and the scope of its programs and services,” a common issue amongst a lot of institutions. Last December SACS officially removed Bennett College from membership to which the college swiftly said it would appeal the decision. During that appeal process, Bennett would remain an accredited college. Bennett was charged with raising the needed funds by Feb. 1. A full social media campaign #StandwithBennett garnered more than the $5 million the college was initially seeking but that was only half the battle. The second half of the fight came this month when Bennett representatives had to stand before the SACS board to defend why the college needed to keep their accreditation. The SACS panel rejected Bennett’s appeal. Since that decision on Friday, Bennett has filed a federal lawsuit against SACS. A federal judge has issued a restraining order that temporarily gives Bennett back their accreditation.

Sadly, facing the loss of accreditation is not a new fight for America’s historically black colleges and universities. Out of the 162 colleges and universities accredited by SACS two have public sanctions. Of the nine HBCUs in Texas, eight are accredited by SACS and one is probation. Prairie View A&M University is currently on probation by SACS effective December 2018. However, PVAMU is on probation with good cause for 12 months. This type of sanction is issued when the board sees that the university is making accomplishments to address non-compliance, provide evidence to remedy compliance issues, and the university has provided assurance that there are no other reasons to withhold the accreditation. PVAMU’s was placed on probation due to non-compliance of federal and state responsibilities.