Beyond the Rhetoric: We did not Die, We Multiplied 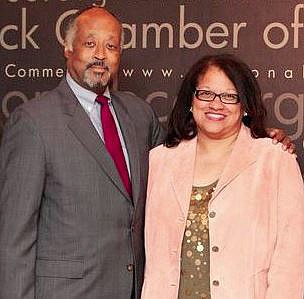 It is without question. Blacks, as a race of people, are the most resilient human beings walking on God’s earth. Starting in the 1500’s, Europeans began the greatest holocaust known to history. The enslavement of Africans would last for over 350 years. A good portion of the captives died within weeks during the passage across the Atlantic Ocean. Many of the females arrived pregnant from the rapes of their captors during the voyage. But as a people a noticeable number survived only to be put under the harshest of conditions from the cradle to the grave.

There have been different forms of slavery throughout history. The form used throughout the “New World” was the most vicious and heartless. Victims were denied their religion, language and every aspect of their culture. The treatment was quite like that of the management of livestock. Any resistance would result in certain death. Governments would encourage settlers to utilize slaves on their farms. There was a tradition to award settlers for utilizing slaves. For each new slave purchased by a farmer there would be a fifty-acre bonus of new land.

After going through this holocaust for nearly four decades, African Americans of the western hemisphere developed into some of the strongest human beings known to the world. Every four years we go on display during the Olympics. Popular sports such as football, basketball, soccer, baseball, boxing, etc. proves our strength, speed and courage. Every person, regardless of race should visit the National Museum of African American History and Culture here in DC. Blacks, descendants of slaves come out of the museum inspired by the achievements despite the adversities we experienced. Whites, descendants of slave owners, come out educated and surprised.

We won our freedom in the United States in 1865. However, for the next one hundred years many of us had to endure the evilness of Jim Crow segregation. We were slotted into the lowest jobs, poorest healthcare, smallest amount of education that could be. Blacks living in the rural South were denied proper education. Most rural Black children went to elementary school during the winter months. The rest of the year was spent working the fields. Harry’s parents grew up in Louisiana. They went to school up to the eigth grade. They would work as adults from there on as the nearest Black high school was 40 miles away. When the Dutch descendants of South Africa wanted to apply apartheid, they modeled this Jim Crow example.

During the George W. Bush administration, we became Cultural Ambassadors. One of our journeys was Mexico City. We were amazed when we toured La Puebla and Vera Cruz. There were Blacks there. Some did not know how their people got there. So, we did some research. When the French and British drove the Spanish settlers out of the Gulf Coast region, many of the Spaniards fled to Mexico and brought their slaves with them.

Amazed would be an understatement when we journeyed to Brazil in 1999. Brazil has the largest population of Blacks in the Western Hemisphere. In fact, only Nigeria has a greater population of Blacks. Many Brazilians of European lineage try to ignore that fact. They divide Blacks by the darkness of the skin color. Light skins are referred to as “Mixed”. They are trying to dilute the fact that nearly most of the population are “children of Africa”. Some of the brothers and sisters wear T-shirts that say “100% Negro” (Black in Portuguese). They aren’t buying the toned-down moniker. Despite their slight majority population, Blacks in Brazil represent less than 18% of the wealth. Such is the same throughout South America. Blacks are at the bottom “rung” of the economic ladder. We are committed to help change that.

This March we will visit Columbia on a follow-up Trade Mission. Our affiliated chapter there is quite ambitious and is headquartered in the Cali region. This country is going through a positive change in terms of civil and economic rights for the African descendants and the indigenous (Indians) people. It is our mantra to provide “Best Practices” in terms of civil and economic parity. Besides the Pacific Coastline we will meet dignitaries (President and his cabinet) in the capital city of Bogota. See the details on the NBCC website.

The coast lines of South and Central America are home to the majority of African Americans. As slaves, they would work the harbors and ports in addition to the farmlands. The undeniable truth is that descendants of the “Great Holocaust” have survived and will now begin to economically thrive. It is our destiny. Our lord is watching over us and will become our guiding light throughout this “journey”.