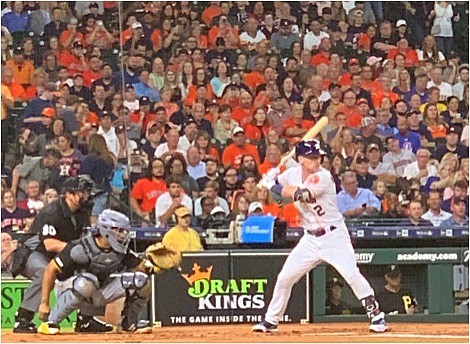 Astros are strong at bat

Well, here we are again. In the exact same spot as two years ago. Yes, I know our physical anatomy has changed a little bit. Ok. For me, it has a lot because I love Shipley’s donuts and Whataburger. Hey, I am from Houston and those two establishments fed me through my upbringing. I digress.

What I mean by the exact same spot has nothing to do with eating, but everything to do with how great of a franchise the Houston Astros have become. Major League Baseball announced their starters and reserves for the 2019 All-Star game that will take place on July 9th in Cleveland and the Astros will once again send six representatives to take part in the festivities. Right-handed pitchers Gerrit Cole, Ryan Pressly, and Justin Verlander along with third baseman Alex Bregman and outfielders George Springer and Michael Brantley have been named to the 2019 American League All-Star Team. 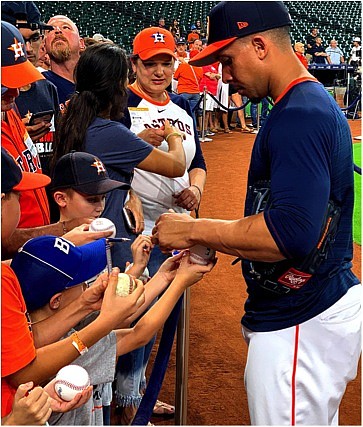 Houston was the only Major League team with that many players representing one team. That ties their franchise record for most All-Stars in a single season as they had six players make the team in 2017 and 2018.

“It’s very special to go back to a place I broke into the Major Leagues and go back to Cleveland. I’m very excited for it,” said Astros outfielder Michael Brantley who signed a two-year deal this past off-season with Houston. He spent his first 10 years with the Indians and will be making his first career start in the All-Star game. The three previous times he was voted in as a reserve.

Pitcher Gerrit Cole will make his second consecutive trip and the third of his career. Cole currently leads the American League in strikeouts (151) and strikeouts per 9.0 innings (13.24).

One Astros player who is making the All-Star game a part of his regular routine is outfielder George Springer. The 2017 World Series MVP received his third-career All-Star selection and second-career All-Star start, as he was the AL’s starting left fielder in 2017. Springer along with Brantley will become the first pair of Astros outfielders ever to start the same All-Star Game.

And the last Astros All-Star selection really needs no introduction as he has made himself a household name throughout the country. Justin Verlander was named to his second-consecutive All-Star Team and the eighth of his career. He is joining a historic group of 20 pitchers to be named to at least eight All-Star Teams, a group that features 19 Hall of Famers. This season, Verlander leads the AL in opponent batting average (.162) while ranking inside the top-five in wins (T-1st, 10), strikeouts (3rd, 147) and ERA (5th, 2.86).

“Impressive,” Verlander said when asked about the number of players the Astros are sending to Cleveland. “I think we could have had a lot more.”