‘I Do Not Believe You Are a Racist’ 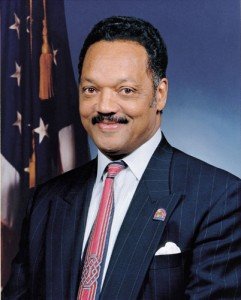 At the Miami Democratic Presidential Debate, Kamala Harris questioned Joe Biden about his opposition to integrating the schools through court-ordered busing. Biden responded: “I did not oppose busing in America. What I opposed is busing ordered by the Department of Education.” After the debate, Biden spoke at the Rainbow Push Convention in Chicago. He said, “I want to be absolutely clear about my record and position on racial justice, including busing. I never, never, ever opposed voluntary busing.”

As Kamala Harris noted in the debate, Joe Biden is not a racist. He served the country well as a senator and as Barack Obama’s vice president. On this question, however, he has lined up with the opposing team.

In the struggle for civil rights, the stakes were clear. After the Civil War brought an end to slavery, the Reconstruction — the effort to integrate the slave states of the South — was resisted widely, and rapidly brought to an end. The former slave states claimed to have state rights over laws concerning labor, voting rights, education, health care and civil rights. Under the banner of states’ rights, they enforced legal segregation — apartheid, stripping black citizens of their rights. Blacks were banned from restaurants and hotels. Schools were segregated. Voting rights were suppressed. Blacks were forced to sit at the back of the bus.

In 1954 in Brown v. Board of Education, the Supreme Court ruled that segregation — specifically segregation of schools — violated the Constitution. Separate but equal was inherently unequal. They ordered communities to integrate their schools. Once again resistance was immediate and widespread. African Americans were forced to go to court to enforce their rights. One result was court-ordered busing.

For Dr. King and the civil rights movement, the claim of states’ rights was always the segregationist dodge. It took federal intervention to gain the right to public accommodations, to enforce the right to vote, to enforce desegregation of schools. To this day, federal intervention is vital, as Vice President Biden knows, to deal with the structural racism of police forces, voting rights, racially motivated hate crimes and more.

When Ronald Reagan opened his presidential campaign in Mississippi talking about states’ rights, everyone got the message. There were two sides of history and he was on the other side from those seeking equal justice for all.

As a Senator, Biden initially supported busing. Then the white backlash grew. Racially separate communities in the North — often forged with red lining and restrictive covenants that effectively segregated communities — started to get challenged in court. The schools in black communities were often more crowded, shabbier and less well funded than those in the white suburbs. Communities resisted integration — and so courts began to order busing and redistricting to integrate schools.

Communities like Wilmington, Delaware faced the threat of court ordered integration, so the pressure on Biden grew to oppose busing. It was then that he called busing “asinine,” and voted with segregationists like Jesse Helms and Strom Thurmond on resolutions designed to prohibit the federal government — specifically the Department of Education -from enforcing court-ordered busing.

The problem wasn’t busing. Children are bused to school across America every day. The problem was where the bus was going. As Matthew Delmont, author of “Why Busing Failed: Race, Media, and the National Resistance to School Desegregation,” concluded, “Describing opposition to busing as something other than resistance to school desegregation was a move that obscured the histories of racial discrimination and legal contexts for desegregation orders.”

In 1975, Biden offered his own amendment to the education bill, mandating that no funds could be used to “assign teachers or students to schools … for reasons of race.” When the Biden amendment passed, Massachusetts Republican Edward Brooke, the only African American in the Senate, called it the “greatest symbolic defeat for civil rights since 1964.” It was later stripped from the bill.

Court ordered busing to integrate schools has remained unpopular, and courts have retreated from enforcing it. Schools, particularly in the north, remain deeply segregated by race. And too often, schools populated by people of color are still unequal — with fewer resources, dilapidated facilities and less prepared teachers than those in the suburbs.

Like Kamala Harris, I don’t believe Joe Biden is a racist. But I do know that he was on the wrong side of history. Invoking states’ rights or community choice is not a defense. It is an admission.