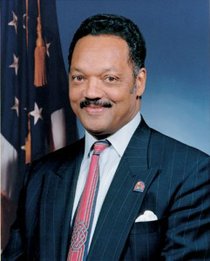 On Friday, I received my first dose of the COVID-19 vaccine. I was honored to be accompanied by Dr. Kizzmekia Corbett, the brilliant African-American viral immunologist who is a rock star in the field of immunology science.

America Leads the World in Violence

Gun violence spiked across the country in 2020, the most violent years in decades. 19,000 were killed in shootings, the highest death toll in 20 years (and that does not include gun suicides). Mass shootings -- defined as four or more shot in an incident -- also rose drastically to over 600.

Christmas Is Literally the Mass for Christ, Marking the Birth of Jesus

On Friday, millions of people across the world will celebrate Christmas. Here and abroad, safety -- staying home, social distancing, wearing masks, being sensible -- requires limits on the gatherings and parties. Yet the bells still ring, music is in the air, lights on homes and lampposts shine, blessings are still shared. For too many, this holiday is a difficult time: the cold and hungry, those separated from families, those alone or imprisoned or sick.

Now that Donald Trump's baseless lies about voter fraud have been summarily dismissed by the courts, perhaps some attention can be paid to the true threat to free and fair elections: not voter fraud but systemic and massive voter suppression. Voter suppression, not voter fraud, could have critically important effects in Senate runoff elections in Georgia that will determine which party controls the majority in the U.S. Senate.

Biden Should Revive the U.S. Commission On Civil Rights

A new president takes office with the sense of possibility that comes with a new dawn. This is particularly true for Joe Biden, taking office after the divisive turmoil of Donald Trump's years in office. Biden inherits truly fearsome troubles -- among them the spiking pandemic, the collapsing economy, corrosive inequality, catastrophic climate change and entrenched structural racism. He stood up for Black Lives Matter and has promised a new day for civil rights, with particular emphasis on police reform.

On January 5, Georgia voters will decide the runoff for their two U.S. Senate seats. Their votes will determine whether Republicans retain control of the Senate or whether Democrats gain a 50-50 tie, with Vice President Kamala Harris the tie-breaking vote. The race is a microcosm of America's struggle to find a way forward and of Georgia and the South's struggle to build a new South.

Georgians Will Have a Clear Choice On Jan. 5

Leave it to Donald Trump to run brazen subversion -- refusal to accept the decision of the voters in the presidential election -- as a clown show, marked by wingbat lawyers, delusional tweets, and hailstorms of lies. The noise, however, should not delude us: Trump is leading an American counter-reformation right to the edge of secession, if not beyond. And at the core of this is America's continued struggle with race.

Georgians Will Have a Clear Choice On Jan. 5

On January 5, Georgia will hold a run-off election for both of its Senate seats. The races capture national attention because control of the Senate is at stake. If the two Democratic challengers, Jon Ossoff and Rev. Raphael Warnock. both win, the Senate will be effectively split 50-50, with Vice President Kamala Harris breaking the tie. If one or both lose, Republican Senate leader Mitch McConnell will retain his ability to obstruct the incoming president.

The People of the Nation Have Spoken

"The people of this nation have spoken. They have delivered us a clear victory. ... We have won with the most votes ever cast for a presidential ticket in the history of this nation."

Donald Trump's On the Wrong Side of History

Tuesday is "Election Day," even though most of the votes have already been cast.