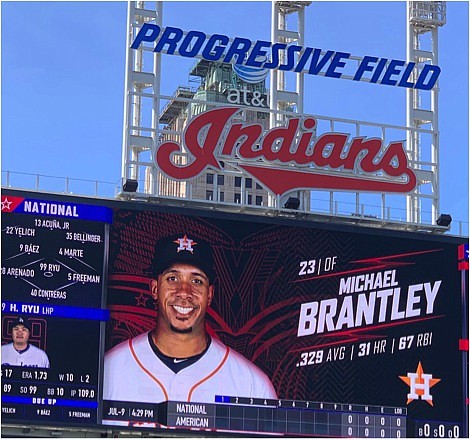 As I prepared to exit the Cleveland Hopkins International Airport, I was stopped in my tracks mid-stride and paused for a second. What I was witnessing was something I was not prepared for, but definitely had been waiting all my life to see. Walking out of the last door at the north end of the airport, there is a nice montage of my childhood hero Superman. The fictional character was created during the 1930s and portrayed as a working-class citizen by day and crime fighter by night.

Now if you really know me and have interacted with me on a consistent basis you know that Superman is my favorite superhero of all time. At any given time, you can catch me with some sort of Superman paraphernalia on, so you can imagine the joy I must have felt when I saw the caped hero standing right in front of me. And yes. I did take a bunch of selfies. 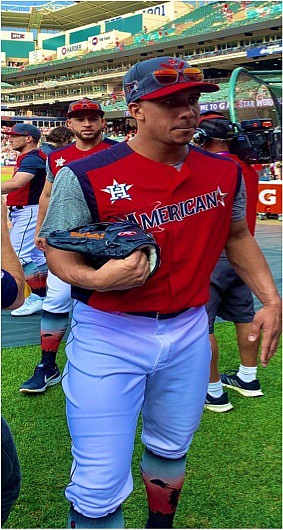 Houston Astros outfielder Michael Brantley must have felt like he had seen his childhood hero as well when they called his name as a starter for the American League team in the 90th Major League Baseball All-Star Game played at Progressive Field in Cleveland, Ohio. A place he called home for ten seasons. As the 2014 Silver Slugger Award winner name was announced, the fans in attendance, mostly Cleveland Indians fans, stood to their feet with jubilation and gave him a standing ovation. Brantley paused a second before exiting the dugout to embrace the love from the city he once called home.

“It was great. Put a smile on my face and made it extra special,” said Brantley after the game. “It’s not easy to hide (emotions) when you have so much care and passion for these fans and you play so hard for them. For the welcome back, I was very appreciative.”

“Uncle Michael,” as some of the younger players in the Astros clubhouse likes to call him made his fourth All-Star appearance but this was his first as a starter and with a different ball club. Brantley relayed to the media that he had butterflies just coming back to Cleveland for the first time and how excited he was to see some familiar faces.

“I’m excited to see the field, the staff, the people that work around the ballpark. Just to say hello to them.” 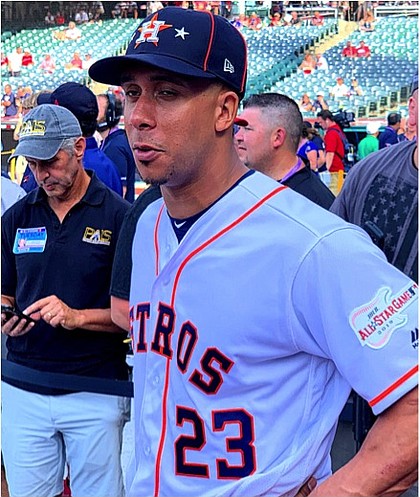 One thing that helped Brantley ease back into the swing of things was having five of his current Astros teammates (George Springer, Alex Bregman, Gerrit Cole, Justin Verlander, and Ryan Pressly) with him for this game.

In the second inning, Brantley brought the sold-out crowd to its feet when he drove in the game’s first run with a double that drove into Bregman, who had reached base earlier in the inning. That hit combined with the other two from Springer and Bregman made history as they became the first teammates in All-Star Game history to have their teams first three hits.

On Tuesday night the fans of the Cleveland Indians came out to watch Michael Brantley go from Clark Kent to Superman one more time. He waved to them as he exited the field to simply say, “Thank you Cleveland.”