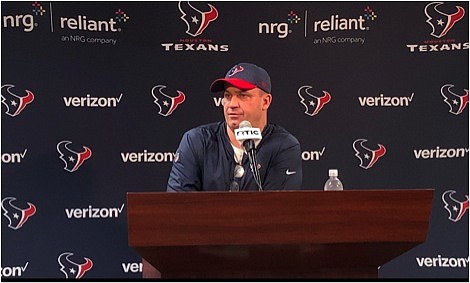 Houston, Texas- Texans head coach Bill O' Brien walked to the podium and looked out into a packed media work room full of reporters waiting to ask him the million-dollar question every Texans fan wanted to know.

What happened between the organization and former general manager Brian Gaine? 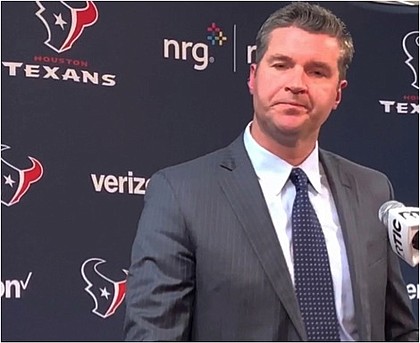 In an unexpected move on last Friday the Texans fired Gaine just 17 months into a five-year contract. There had been a lot of speculation floating around on the radio airwaves and social media on why the move was made so abruptly.

"Cal McNair (Texans chairman and chief executive officer) said it all in his statement the other day. He did a thorough evaluation of football operations and that included me," O'Brien said to the media. "He was very clear with me on what we needed to do as an organization and a football team."

He would go on to answer questions as best as he could referring back to his original statement about Gaine no longer being here. There was also a lot of undertone that Cal McNair is definitely in charge and is primed and ready to take this team to the next level.

The best question came towards the end of the press conference when coach O'Brien was asked about the character of the Texans front office.

"Why should Texans fans believe that you guys are all on the right track?"

"My number one job is to coach," O'Brien said without hesitation. "I can tell the fans that we have a group of guys working really hard to get better every single day and we feel like we have improved. We are excited about training camp and we are excited about next season."

With two more days of mandatory minicamp and only one being available to the media, there are still a lot of unanswered questions out there on what the organization will do going forward on filling the general manager role before the beginning of training camp in late July.