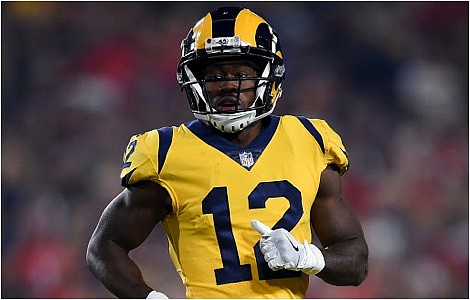 The Oregon State product was the 20th pick in the 2014 NFL Draft by the New Orleans Saints where he put up very good numbers for quarterback Drew Brees and company. After a subpar rookie season, Cooks had back-to-back years of over 1,000 yards receiving and 75 or more receptions before being traded to the Patriots in 2017. 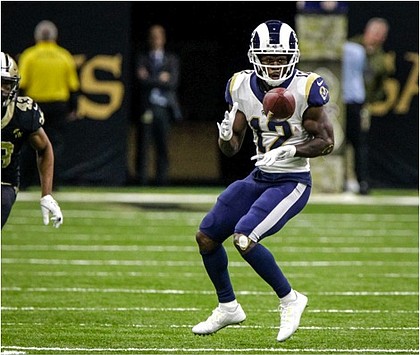 He continued to produce in Foxboro, where he once again had over 1,000 yards receiving in his one season there before being traded again to the Los Angeles Rams in 2018.

Cooks helped lead the Rams the following year to their fourth Super Bowl in franchise history (St. Louis included) against his former team, the Patriots. After finishing the regular season with career highs in receptions (80) and receiving yards (1,204), he excelled as the only bright spot for the Rams in Super Bowl LIII loss with eight catches for 120 yards.

The following season was not so kind to the speedy receiver as he had the lowest statistical year since his rookie season. Cooks has had some concussion issues in the past including two last year that caused him to miss two regular season games. Before that he had played in 56 out of the possible 64 regular season games in four years.

There had been some rumblings in the Rams camp that Cooks could be on the trading block after they cut superstar running back Todd Gurley last month. Rams head coach Sean McVay addressed those rumors on a conference call with the media on Monday according to Ramswire.com.

“When you’ve got a player of his caliber, there’s a lot of conversations,” McVay said. “Teams call, he’s put such good stuff on tape, so we have had teams that have reached out about that. But when you look at what he’s been able to do – even going back to his first year with us – the way he was able to impact the game in a lot of ways. He kind of took that starting X-receiver position, really ran with it, had a career year where he’s over 1,200 yards receiving.”