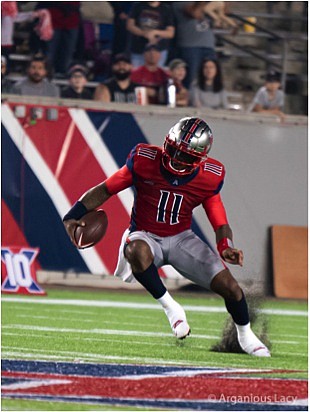 And just like that. It’s gone. Even with all the fanfare and major television backing, the XFL is no more. According to Field Yates from ESPN, the XFL is suspending all day-to-day operations and all league employees have been laid off. He spoke with XFL CEO Jeff Pollack who informed him of the decision.

The news comes 24 hours after the league announced that they were sending refunds back to all season ticket holders and one month after the league suspended its season five games in due to the COVID-19 pandemic.

This move comes as somewhat of a surprise as the XFL had started to see an increase in attendance each week. Teams like the Houston Roughnecks and St. Louis BattleHawks were averaging over 18,000 fans each home game and the Roughnecks were pulling in big ratings every week by being the only undefeated team in the league.

Unlike 2001, the 2020 version of the XFL involved more football and less gimmicks. WWE Chairman and CEO Vince McMahon placed former NFL executives in roles that involved promoting the league and brought in former NFL players and coaches to help develop talent for the XFL. One major move was making Oliver Luck the commissioner and allowing him to rebuild the XFL from the ground up.

“If it’s one thing I am really excited about with this league, it’s the opportunity to give players a chance to play,” Luck said to a pool of reporters in Houston in May 2019. “You guys know [media] how hard it is to make a 53-man roster in the NFL.”

Some players were able to take full advantage of their time in the XFL and parlay that into an NFL contract. Roughnecks quarterback P.J. Walker was the first player picked up as he signed with the Carolina Panthers reuniting with his former college coach, Matt Rhule.

Here is a current list of players who transitioned from the XFL to the NFL: