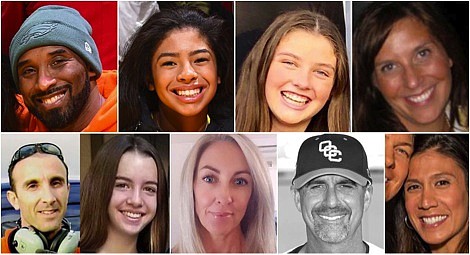 In what will be hailed as one of the classiest moves ever done by a professional sports league, the WNBA announced that they would make Payton Chester, Alyssa Altobelli, and Gianna Bryant honorary picks in this year’s draft being held Friday.

The 13-year-olds lost their lives in a helicopter accident earlier this year along with six other people including retired NBA star Kobe Bryant. Vanessa Bryant posted the announcement via social media.

All nine passengers in the helicopter were headed to a basketball game at Kobe’s Mamba Sports Academy Jan. 26, when the pilot crashed into a mountain due to inclement weather (Fog). The young ladies being honored today all had dreams of playing in the WNBA after college. Gianna or GiGi as Kobe referred to her on many occasions wanted to play for legendary UCONN coach Geno Auriemma.

“When I watched the highlights of her playing and on about the third or fourth time she touched the ball, Gianna passed it when she was open. I thought, she’s not listening to her father,” said Auriemma at the Kobe’s and Gianna’s memorial held at the Staple Center in Los Angeles in February.

The 2020 WNBA Draft will be televised on ESPN.