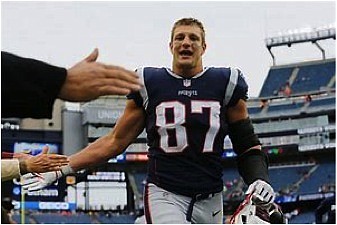 Well, Patriots fans. I have some good news and some bad news.

Good news first. Rob Gronkowski has decided to come out of retirement and lace up the cleats again. Guess the glory days were calling his name.

Now the bad news. He won’t be putting on one of those nice redesigned uniforms you all just unveiled last week. I know. Bummer right.

Former Super Bowl Champion Rob Gronkowski has decided to join his former teammate Tom Brady, who signed a two-year contract worth $50 million this off-season in Tampa. The New England Patriots have a deal in place to send the future Hall of Fame tight end to the Buccaneers along with a seventh-round draft pick in the 2020 NFL Draft on Thursday. Tampa Bay will send a fourth-round pick back in exchange.

Gronkowski alluded to the possibility of making a comeback when he appeared on “Watch What Happens Live with Andy Cohen” on Monday. 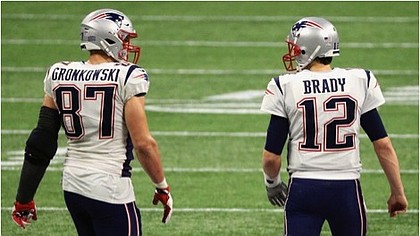 Gronkowski hasn’t played a down in the NFL since the Patriots won the Super Bowl in 2018 over the Los Angeles Rams. Since then he has been seen partying on the beach and performing with the Los Angeles Lakers dancers during timeouts when the NBA season was in session.

Some have hesitation that “Gronk” will perform at an elite level like he did in New England for nine years. He suffered a plethora of injuries and at 30 years old, he is considered a senior citizen due to the amount of punishment his body has sustained.

My opinion is that this trade is more about Brady than it is Gronkowski. He has taken a lot of criticism over the last two years about his ability to throw the ball deep and Gronkowski would be that check down safety net that Tom had grown accustomed to in the Patriots offense. Now with Pro Bowl wide receiver Mike Evans on one side and rising star Chris Godwin on the other, two wide receivers who make a living by “Going Deep,” Brady’s arm strength and accuracy will be put on display week in and out.

If the two can reignite that chemistry that won them three Super Bowls rings together, Raymond James Stadium will be rocking this upcoming NFL season.