Protecting the Blind Side 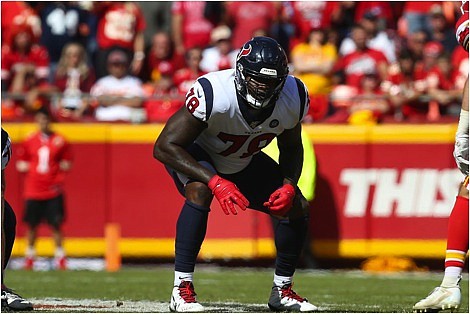 The Houston Texans have made it clear since the 2017 NFL Draft that their number one priority is to keep their star quarterback, Deshaun Watson protected while he is out on the field. Today they showed Watson how much they value him by coming to terms with left tackle Laremy Tunsil.

Tunsil, who was voted to the Pro Bowl last season, agreed to a three-year extension that will pay him an average of $22 million per season. He will also receive $57 million guaranteed, with a $13 million signing bonus.

Houston acquired Tunsil via trade last year before the beginning of the season from Miami, where the Dolphins had made him their 13th overall selection in the first-round of the 2016 NFL Draft. What the Texans got in return for sending two-players and a combined three draft picks was a player who is durable (missed a combined six games in four seasons) and doesn’t commit a lot of penalties (eight career holding calls).

Tunsil fired the agency ( CAA) that represented him since his Dolphins days last month and acted as his own agent in getting the deal done with General Manager Bill O’Brien.