Donald Trump's ignorance and incompetence have cost American lives in the pandemic. Now his failure of leadership will add to the misery of millions of Americans force onto unemployment, the hunger of children at risk, the homelessness of families facing eviction. At a time when bold action is imperative, the president offers posturing and gestures. Having failed to produce a deal on a much needed rescue program, he issues a showtime executive order and series of memoranda that will do more to foster confusion than to aid those in distress.

"The Lord and the Founding Fathers created executive orders because of partisan bickering and divided government," White House economic adviser Peter Navarro said on NBC News on Sunday. But don't blame the Lord for the absence of leadership.

A forceful leader would have convened the leaders of the House and Senate in his office and forced an agreement before letting them go home. 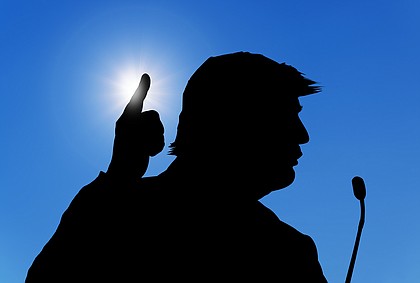 By all accounts, they were close enough to get a deal. Democratic leaders Pelosi and Schumer had offered a compromise in the middle between the bill the House passed that would cost about $3.4 trillion and the bill Senate Republican leader Mitch McConnell cobbled together that would cost $1 trillion and that he couldn't get his own caucus to support. No bill could pass without Democratic votes in the House and the Senate, yet Trump's representatives wouldn't even go halfway.

By all accounts the sticking points were that the administration wasn't prepared to sign off on continued enhanced unemployment benefits of $600 a week, was inalterably opposed to helping the post office and states prepare for the November elections, and refused to support aid to states and localities. The latter is truly perverse since the pandemic shutdown collapsed revenues and increased costs creating deficits that states are mandated to eliminate. That has already forced 1.5 million layoffs with more to come. At the very time that Trump is demanding the states take responsibility for managing the pandemic, when opening schools safely requires large investments in facilities, protective equipment and staffing, the administration wants to force states to layoff teachers, police and fire fighters, and more.

Instead of forcing agreement, Trump absented himself from the negotiations. When they collapsed, he offered little but political posturing. He claimed that his executive order and memoes would "take care of, pretty much, this entire situation," but they were in fact more show than go.

He said he'd order payment of $400 a week in enhanced unemployment benefits through December 6, but the resources he drew on - with questionable legality - will support them only for little more than a month. And that includes requiring the very states he just stiffed to ante up a quarter of the cost, which few will be able to afford.

He claimed he'd sustain the federal moratorium on foreclosures and evictions, but his executive order didn't do that. It simply called on the Department of Health and Human Services to "consider" whether it is necessary to temporarily halt evictions. More than 20 million families are now at risk of eviction and homelessness in the midst of the pandemic. He promised to defer student loan and interest payments, but that won't leave students any less in debt.