Kwanzaa: A Celebration to Bring Families Together 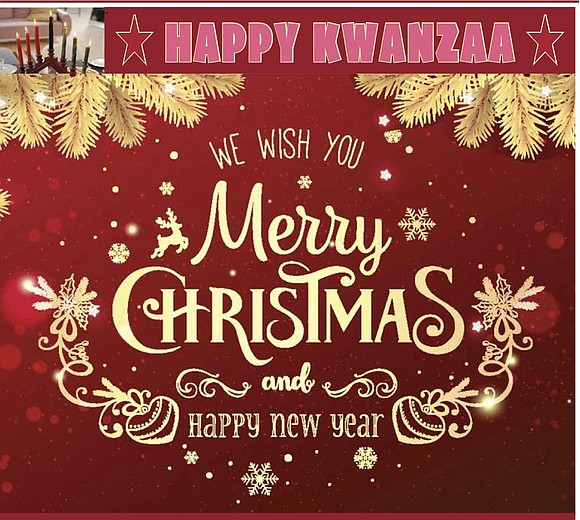 The year that will forever be etched in the history of Los Angeles, California is 1965 when a normal traffic stop took an unexpected turn. In the wake of the unforeseen circumstances violence would loom over the city for six days leaving 34 dead and over $40 million in damages. How could any positive be birth from such a tragedy? But it did. This is the story of how Kwanzaa came to be.

On Wednesday, August 11, 1965, Marquette Frye, a parole, was out doing something no one needs to do, drinking and driving. His behavior caught the attention of police so they pulled him over. Clearly intoxicated, the arresting officer placed Frye in handcuffs after he failed a sobriety test. In the process of arresting Frye, the officer contacted his base for Frye’s vehicle to be impounded. Meanwhile Frye’s passenger, his brother, Ronald, had gone to get their mother Rena who didn’t leave that far. Like any good mother, Rena went to town scolding her son for his recklessness in her vehicle. More police had descended on the scene and a big brawl began when Price was shoved. When neighbors heard what happen and saw a pregnant woman get struck by an officer the fight got bigger. Six days of rioting from August 11-16 broke out all over Los Angeles. Over 1,000 people were injured and 3,438 were arrested. At the time it was the city’s worst civil unrest.

African Americans were tired of being mistreated by police and the discrimination in other areas of government. They were fighting the same things we are still fighting today. It caused stressed on the city and the citizens within it. Dr. Maulana Karenga, a professor at California State University, saw the pain in the African American community and wanted to do something to bring the people back together. Thus, birth the celebration of Kwanzaa.

Dr. Karenga studied harvest celebrations from several different cultures. He took a little of each one with his thoughts to create Kwanzaa in 1966. Kwanzaa is a Swahili phrase matunda ya kwanza, meaning "first fruits.” One of the reasons these types of celebrations are held in African cultures is to bring the nation together. His goal was to “give Blacks an alternative to the existing holiday [of Christmas].” He wanted African Americans to be proud of themselves and their culture. Research points out that Karenga had different views on which Jesus is and believed that African Americans should practice Christianity. He then altered his view as Kwanzaa became more mainstream. Wikipedia quoted him, "Kwanzaa was not created to give people an alternative to their own religion or religious holiday.” 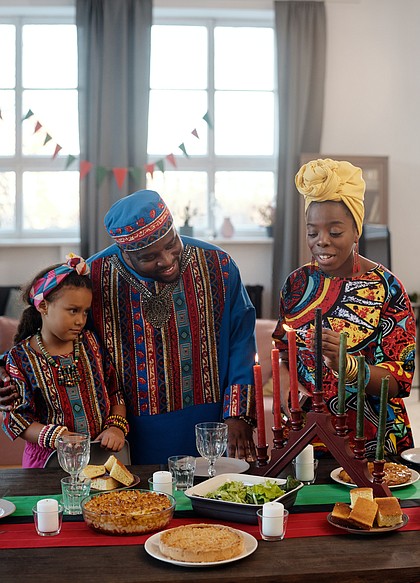 Kwanzaa is based on seven principles of African Heritage and come from a Swahili word, Kawaida, meaning common. The principles are:

To strive for and maintain unity in the family, community, nation, and race.

To build and maintain our community together and make our brother’s and sister’s problems our problems and to solve them together.

To build and maintain our own stores, shops, and other businesses and to profit from them together.

Purpose: Nia (nee–YAH) To make our collective vocation the building and developing of our community in order to restore our people to their traditional greatness.

To do always as much as we can, in the way we can, in order to leave our community more beautiful and beneficial than we inherited it.

To believe with all our heart in our people, our parents, our teachers, our leaders, and the righteousness and victory of our struggle.

The actual celebration of Kwanzaa can be unique to each family as long as everyone is together and participates. Most celebrations include the beating African drums, dancing, singing, storytelling, and the sharing of a traditional large meal.

The set up for the celebration has seven candles (1 black, 3 red and 3 green) in a Kinara (candle holder) and sit on mat called Mkeka. Crops of fruits, nuts, and vegetables with a unity cup are also added to the table. Each night a candle is lit starting with the black candle in the center. The family then discusses the meaning of the night’s principle. On the last day of Kwanzaa meaning gifts are given to strengthen and encourage the family’s growth, self-determination, achievement and success.

Today, many across the globe celebrate Kwanzaa as extension of the holiday giving everyone seven more days to celebrate being together one more time.

On behalf of Houston Style Magazine we wish all of our readers a very Merry Christmas and a Happy New Year!