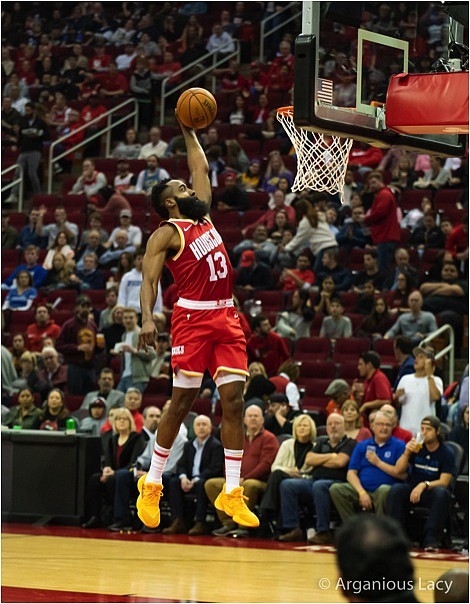 When starting a new job, there is always a 90-day probation period that let employers evaluate employees and see if they are the right fit for the job. They look at everything from attendance to the ability to get along with co-workers. Not one thing is left out when an employer is determining permanent employment.

Well, it only took the Houston Rockets seven games to determine that playing “Small Ball” was the direction they were going for the rest of the year. The Rockets head into the all-star break with a 34-20 record, which has them atop of the Southwest division over the Dallas Mavericks.

Houston has amassed a 5-2 record since former center Clint Capela was injured and eventually traded for forward, Robert Covington. That trade also created more space in the paint for guard Russell Westbrook, who is having an amazing season since coming to the Rockets via trade from the Oklahoma City Thunder for Chris Paul.

Over the past aforementioned seven games, Westbrook is averaging 34.0 points and 6.0 assists a game. He has been even more dangerous since the Capela trade by averaging 38.7 points and 8.0 rebounds.

His presence on the floor has caused havoc for defenders who find themselves switched out on to him with open space. It usually doesn’t end well for them as he is shooting over 46% from the field on mid-range jump shots and layups. 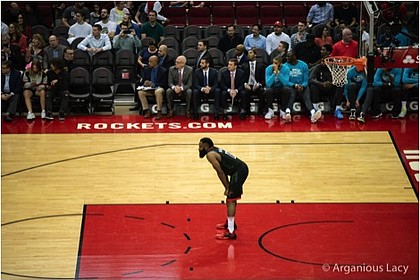 Former Boston Celtics forward, Antoine Walker, is impressed by what he has seen from Westbrook this first half of the season, especially in the small ball lineup.

"The person that benefits the most from this is Russell Westbrook,” said Walker on his guest appearance on Fox Sports 1 show First Things First. “He's getting back to the Russ we saw in OKC. He's averaging 5 more points than he did last year, he's shooting better from the field, and I love the fact that his FT shooting is back up."

Not to be left out of the conversation is his backcourt mate, James Harden. Although he went through a small stretch where he was not shooting the ball well from beyond the arc, Harden has found his old rhythm in these last seven games and it was on full display on the Rockets final game of the first half of the season.

In a nationally televised game against an Eastern Conference powerhouse in the Boston Celtics, the left-handed assassin who leads the NBA in most points scored with 1800 put on a show for all that was watching.

Harden finished the game with 42 points and was 7-for-16 from the three-point line. He also chipped in eight rebounds, seven assists and a blocked shot.

Head coach Mike D’Antoni loves what he has seen from his team in the last two weeks and contributes the open lanes to the success Westbrook and Harden are having on the offensive end.

“Both of them are great drivers and finishers,” D’Antoni said in his post-game press conference after the win over the Celtics. “The open shots should trickle down to other players like Covington, Ben McLemore, and P.J. Tucker.”

The Rockets will resume play on February 20th against the Golden State Warriors.