Rockets look for ways to improve after losing 4 out of 5 games. 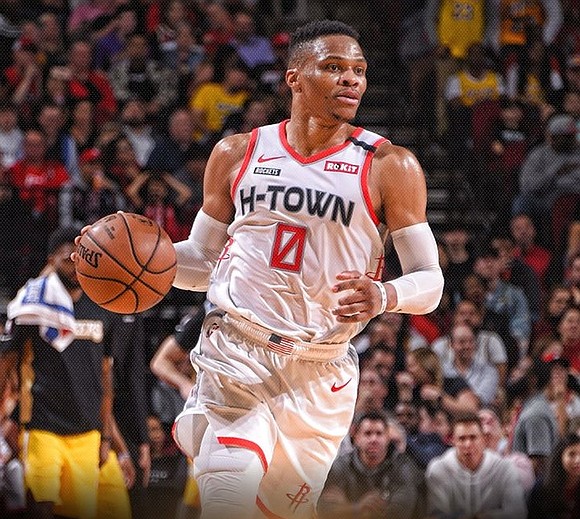 Sometimes in the midst of trying to find yourself and come to a point of peace and tranquility, you lose yourself to adversity. There will be some trials and tribulations that will come before you can finally reach that place in your life where no problem is worth stressing over.

The Houston Rockets are in the midst of that journey this season as they are struggling to find a true team identity. As they prepare to take on the Oklahoma City Thunder today, they are a team in need of a sabbatical. A break from the game for a brief moment to regain their identity that has been successful for them over the last couple of years.

A home loss to the Lakers this past Saturday by a score of 124-115 placed the Rockets in sixth place in the Western Conference. A tumultuous third quarter where the Rockets surrendered an 11-point lead after the Lakers decided to switch 6’11 small forward Kyle Kuzma on Rockets point guard Russell Westbrook was the turning point in the game. Houston also went cold from the three-point line by missing 10 out of 11 shots in the third quarter and shooting a measly 9.1% from beyond the arc.

“We just didn’t make plays,” Rockets head coach Mike D’Antoni said after the game. “A couple of foul shots missed. Things at the rim. Missed. And then we turned it over a couple of times and they got out on the break. The third quarter was a tough one and that kind of turned the game.”

Over the last five games, it has been quarters like the one on Saturday from the Rockets that has caused them trouble. It was the first quarter against the Thunder January 9th when Houston was outscored by 16 on their way to a 113-92 loss. Against the Grizzles it was a 36-point fourth quarter that sent them home. The very next night it was the second quarter against the Trailblazers that was too tough to overcome.

Houston’s trouble seems to stem from a lack of defensive presence which highlights the absences of a good wing defender. Although they are very athletic, the Rockets lack the size needed to contend with some of the bigger teams like the Lakers in the Western Conference.

Some soul searching will definitely be needed as the Rockets have a tough schedule the rest of the month where they will face Western Conference playoff contenders such as the Denver Nuggets, Utah Jazz, and the Dallas Mavericks.

"We've got to stay positive," Rockets guard Russell Westbrook said on Saturday. "When adversity (hits), what are you going to do? You've got to look at yourself, stay locked in. It's that part of the season. It happens. As a unit, as a team, we've got to stick together and figure out the best way to put our best foot forward."