Inspiring Millions Giving Voice to the Diversity of Opera 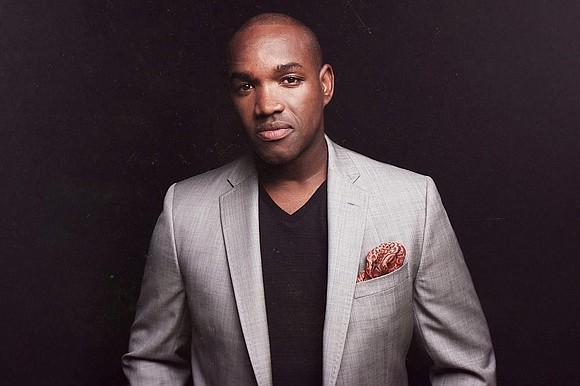 Brownlee and the Houston Grand Opera celebrated Houston’s multiplicity in a one night only show. Opera classics, spirituals, gospel, and standards were the varied types of music attendees heard. Just as diverse as the musical selection was the cast with Brownlee showing that opera doesn’t see race or color.

“Houston is a very diverse community and I want to reach out to churches and civic groups to invite them to the theater. Some of them perhaps have never experienced opera in its truest form. This is a great introduction coupled with different styles that may be more familiar to them. It is important for there to be a representation of all types of people in opera, and the makeup of the audience should reflect that. I am grateful to Houston Grand Opera for embracing my idea and fully supporting it,” said Brownlee who commented that diversity has been a longtime passion of his.

However, that show was not the only reason Brownlee made a return to Houston. The Ohio native performed in the twisted love triangle La favorite as Fernand. The opera explores the love shared between a noblewoman, king, and warrior set in the 14th century in Spain.

Fernand is a challenging role for Brownlee but it is one that he likes. “I enjoy exploring the struggle Fernand faces in this opera; the classic struggle between love and duty.” He continued, “I play comic roles often, so it is nice to play a more dramatically challenged character. I look forward to the swings of going from exuberance to fearfulness and being intoxicated by love. There is a lot of meat in this character.”

Brownlee really gets to show his vocal talents as well as language skills. La favorite is performed in English and French. Brownlee can also speak Italian, German, and a hit of Spanish.

In performing in this opera Brownlee hoped he drew the audience into who Fernand was. He says then he will be successful in creating a thoughtful character that can bring the music to life. Using this as his muse, Brownlee is carefully in the roles he chooses to make sure they are just right for his voice. He feels it is his responsibility to deliver as much panache and meaning as possible to each role for the best performance.

Both the International Opera Awards and Bachtrack named Brownlee as “2017 Male Singer of the Year”. If you have ever been fortunate to be able to hear Brownlee sing then you would know that he so deserving of this distinction. Known throughout the world for his smooth, robust sound, it is so surprising that Brownlee didn’t like to sing as a child. His eyes were set on being an attorney, a far cry from an opera singer. Singing actually made him nervous. Being in such a musical family, Brownlee could not run and hide from a career in the music industry. Laughing Brownlee said, “My mom told me I would sing in my sleep sometimes. I preferred playing instruments. Singing is who I am, clearly. I grew up in church singing and surrounded by a very musical family. Music came easily to me.”

Today, he appreciates his mother and his father for gently encouraging him to continue singing. They saw something special in him. They just didn’t know he would be as successful as he has been.

“I am fortunate to have greatly exceeded all of my expectations. I have met kings and queens, presidents, countless celebrities and performed for hundreds of thousands of people,” said Brownlee.

His career has allowed him to crisscross the world traveling to and fro. Even though he loves his exciting life, it puts a strain on him as he is constantly away from his family. Brownlee admitted that the busyness of his career also challenges him physically and mentally. Visiting places like Houston helps him to take care of himself since he can get some of things he misses right here in the city. The big one that restores him is family. He visits Houston often since he has family here. One of his favorite spots to hit up while in Houston is the Homer Ford Tennis Center to play a game against his friend Kevin and Uncle Len Cannon and eat some Tex-Mex at Ninfa’s.

When not on stage Brownlee relaxes by playing sports like tennis, ping pong, bowling, and basketball. He dabbles in photography and salsa dancing. He is not above just kicking it all day in his pj's and watching Netflix and HULU to relax.

Thinking about opera and names like Jessye Norman, Kathleen Battle, Pavarotti, Domingo, Wunderlich, Paul Robeson, and George Shirley that roll off the tongue soon Brownlee’s name will be just like that. They are all people and voices that inspired Brownlee. As he progresses in his career, capturing more and more fans along the way, his name will be included in that list. And someone will say they were inspired to be an opera singer because of him.