Russell Westbrook reveals he has tested positive for COVID-19 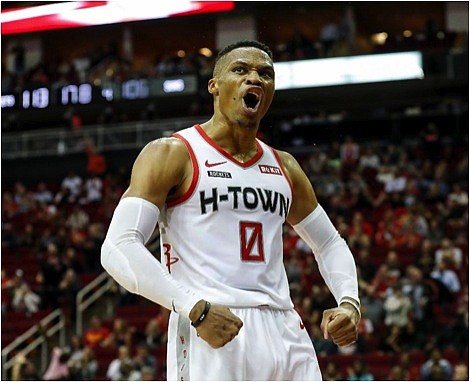 The Houston Rockets were dealt a huge blow today when All-Star guard Russell Westbrook announced that he was diagnosed with the coronavirus before the team departed for Orlando for practice.

Westbrook made the announcement via social media.

“I tested positive for Covid-19 prior to my teams departure to Orlando,” Westbrook said. “I’m currently feeling well, quarantined, and looking forward to rejoining my teammates when I am cleared. Thank you all for the well wishes and continued support. Please take this virus seriously. Be safe. Mask up!”

The former NBA MVP was one of three players (James Harden and Luc Mbah a Moute) who had not reported to ESPN Disney in Orlando with the rest of the team.

On a conference call with the media on Sunday after the team practice, Rockets head coach Mike D’Antoni was hopeful that the team would have all three players in camp by this week.

“We’re still expecting them in a few days,” D’Antoni said. “It’ll be soon. It’s going to be long. You never know, but we think we’ll get them back in here by the middle of the week.”

Joining Westbrook in the quarantine protocol will be Rockets center Bruno Caboclo who was assigned the mandatory quarantine by NBA league officials after leaving his hotel room. That will require him to remain in his room for another eight days before he can rejoin the team activities.