It Had To Happen One Day

Mariners get first victory over Astros after losing 15-straight games 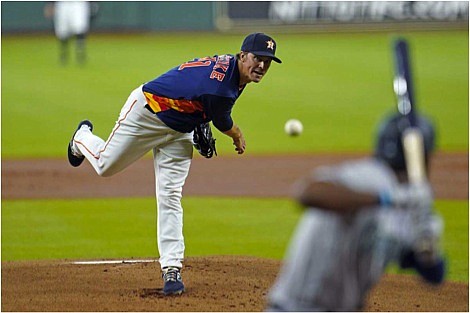 Well you knew it had to happen one day this year in Houston and on Sunday it did. For the first time at Minute Maid Park since September 19, 2018 the Seattle Mariners (1-2) defeated the Houston Astros (2-1) by a score of 7-6.

Seattle’s young stars got to Astros starting pitcher Zack Greinke (No Decision) early in the game and put up two quick runs on him. Rising Mariners superstar Kyle Lewis hit a single off of Greinke with two-outs in the top of the first before being driven in by a Kyle Seager double for Seattle’s first run. First baseman Evan White would single to left for the second RBI of the game to increase the lead to 2-0.

“The first inning my stuff felt great, but I threw too many pitches that were hittable,” Greinke told the media after the game via Zoom.

Greinke seemed to gain some command after the first inning as he got through the next two innings fairly easy, yet by the fourth inning he became fatigued and had to be replaced by reliever Joe Biagini. He would leave the game after completing just 3 1/3 innings giving up three runs on 58 pitches.

“The second inning I felt ok and in the third inning I started to get tired and all the stuff got a lot worse including my command,” said Greinke. “I felt worse in the fourth, so that’s why I didn’t pitch much longer than that.” 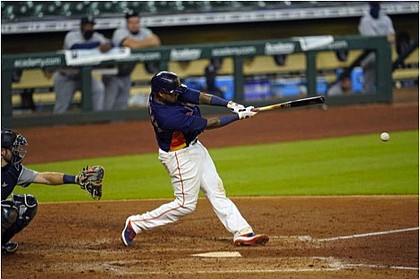 Houston trailed by three runs going into the bottom of the fourth and was able to get back on track after catcher Martin Maldonado’s single down the third base line drove in scored two-runs to give the Astros their first lead of the day. Maldonado has been red-hot at the plate in this series with six RBI in the first three games.

Seattle would replace starting pitcher Yusei Kikuchi (No Decision) with reliever Zac Grotz after he had given up five runs in just 3 2/3 innings.

The Astros held firmly to a one-run lead until the top of the eighth inning when it seems the wheels came off. Reliever Chris Devenski gave up three earned runs to put the Mariners back on top by two. Houston would mount a small rally in the bottom of the ninth as Michael Brantley drove in a run, but it was not enough as Seattle held on for their first victory of the season.

“It’s always good to get that first win of the year,” said Mariners manager Scott Servais. “Everybody chipped in on this one and a lot of good bats by everyone. The guys who were on the team last year knows how hard it is to beat this ball club especially down here. They are a really good team.”

Seattle got another stellar performance from it’s rookie outfielder Kyle Lewis who continued to be a thorn in the side of Houston’s pitchers. His two-run single in the eighth inning solidified the win for the Mariners. Lewis has caught the attention of the opposing team’s manager throughout the first three games of the 2020 season. 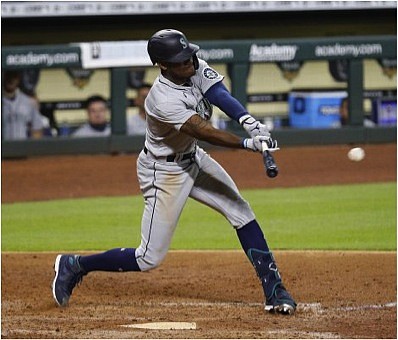 “He is a talented young man,” Baker told Houston Style Magazine. “He is young, strong, and fast. He has a very bright future.”

The Astros conclude their four-game series against the Mariners on Monday night at Minute Maid and will welcome the Los Angeles Dodgers in for a brief two-game series.