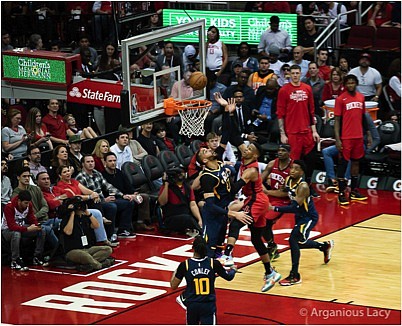 The Houston Rockets will continue their pursuit of an NBA Finals Championship on Friday against the Dallas Mavericks as the 2019-20 season starts back up after nearly four months off due to the global pandemic caused by COVID-19. Houston will play eight games at ESPN Disney before the playoffs start and every game counts for the Rockets since they are in a playoff seeding battle with the Oklahoma City Thunder and Utah Jazz.

Houston currently sits in the number six spot with an identical record as the Thunder who owns the head-to-head tiebreaker with the Rockets and currently holds the number five seed in the Western Conference. They also sit one-game out of fourth place behind the Utah Jazz.

“We will work through the eight games and see what we got, but we basically know what we want to do,” said head coach Mike D’Antoni on the restart schedule.

The Rockets struggled going into their last couple of games before the shutdown losing games to opponents such as the New York Knicks, Charlotte Hornets, and Orlando Magic. Those teams fail in comparison to the amount of talent that Houston possess and should have been easy wins for a team that some have predicted could win it all. Losses like that have come back to haunt the team in the past couple of seasons when it comes to playoff seedings.

One issue the Rockets were having during that stretch was chemistry and communications issues implementing a new “Small Ball” lineup where they play with no center on the court to gain an advantage on the offensive end. They also were trying to get acclimated to three new players on the roster that were still learning the system in Robert Covington, Jeff Green, and Demarre Carroll. 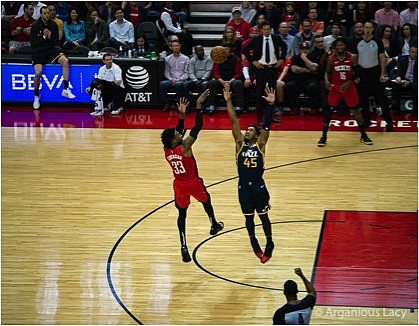 Coach D’Antoni talked at great length during his press conference on how Covington and Green used the time away from the court to study film and learn the Rockets system so that they could be better contributors in the game. Add that with a healthy Eric Gordon and P.J Tucker, both came back in excellent shape and the Rockets will be ready to make an NBA Finals push.

All of the aforementioned details and nuances have two key components in making everything work and that is the play of guards James Harden and Russell Westbrook. Harden who leads the NBA in scoring at 34.4 points a game, put himself through a rigorous training program during the break to have himself ready for a quick restart schedule that contains teams looking to gain a better advantage in playoff seedings themselves.

“In the regular season games and playoffs, the intensity is going to be much higher, so I want to build that right now and get that going,” Harden said after a preseason scrimmage game in Orlando. 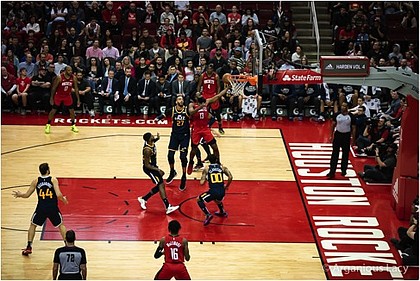 Houston had a bit of a scare right before the team reported to ESPN Disney. Former NBA MVP Russell Westbrook was diagnosed with COVID-19 and could not travel with the team. Westbrook announced his condition via social media so that all the rumors surrounding his diagnosis could cease. He took the necessary precautions and passed all league protocols before being able to join the team.

Now that the Rockets are back fully healthy, they will look to make a strong push at Western Conference powerhouses such as the Los Angeles Lakers and Clippers. It will be a true test to see if the small ball lineup and a barrage of hoisted three-pointers can be the blueprint for future Rockets success.