Black America Is Burning With Pain 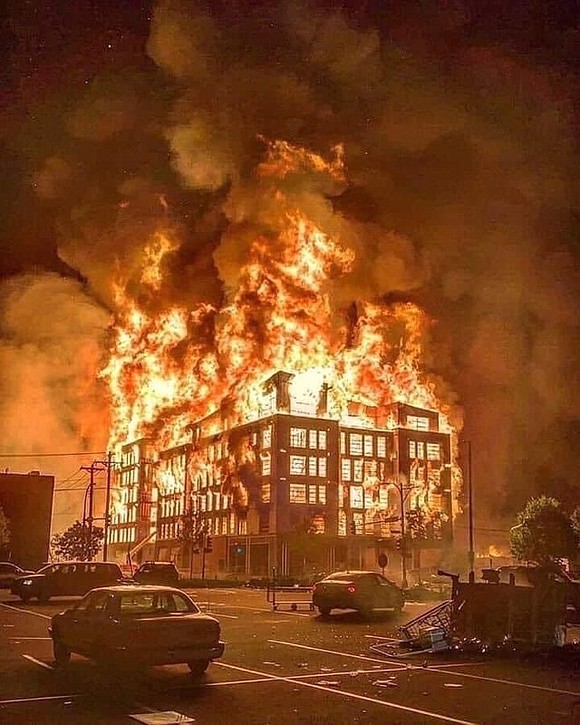 Floyd’s death was unusually cruel and so horrible that mere words can’t describe the horrific nature of it all. Further insult was added to his death when all parties had not been charged with his murder. Plus, the report of the medical examiner trying to assigned blame Floyd’s death to previous conditions he had and not the fact that a human brace his knee on Floyd’s neck cutting off his oxygen supply. Another slap came when the FBI called for more video footage and the President of the United States not showing any empathy at all.

Although George Floyd is not the first Black man to be wrongfully murdered by police and sadly probably won’t be the last, his ruthless death has caused a Black rising across the world for justice. Thousands have flooded streets marching, protesting, and demonstrating demanding a change in the justice system. Almost overshadowing the peaceful rallies are the acts of destruction and looting defiling cities and ruining businesses.

As a Black American, I understand the pain. As a human being, I understand the hurt. I can relate to being so angry that the notion of what to do to solve the problem fails to have entered the mind. However, the tearing down of the placing called home and the businesses that support the area are not the way to go. Although businesses can be replaced and lives can’t. Obliterating these entities only sets the community further back, especially in the already underserved Black communities. The prices of goods will go up. Taxes will go up. Businesses may or may not be able to reopen. Burning up a grocery store leads to Black neighborhoods becoming food deserts. Torching a bank leads to an already depleted Black economy and robs the dreams of future Black entrepreneurs.

A more constructive way to demand change and redirect frustrations over injustices is to use your power resourcefully. Don’t destroy your city. Change your city. Black people have incredible power and if used properly real change may be a reality.

Change it with the power of Black vote. Historically Black America has a track record of not showing up at the polls. Use the anger to make sure everyone is registered to vote and follow up to ensure everyone goes to the polls to cast their vote. Channel your voting power to put those in office who best represent the interest of people of color and kick those who don’t out of office. As the political faces changes, let those legislators know what you want, hold them accountable, and work with them and not against so the Black voice is always in their ears.

Change it with the power of the Black dollar. Nothing speaks louder than that of the American dollar. Banned together to not patronize those businesses that do not support justice reform. Share with others about experiences of mistreatment of minorities. Make complaints and put on record the bad practices of businesses. When business owners see how powerful the Black dollar is they are sure to change their tune.