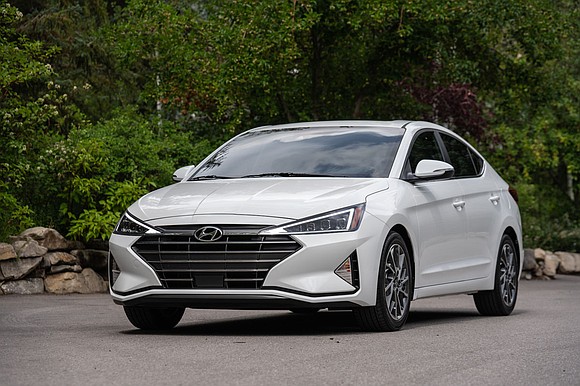 The Hyundai Elantra Limited is a perfect example of how times have changed. Small used to mean cheap in the auto world but not anymore.

It was thought that consumers would not buy a small but pricey well-equipped car; that has changed too.

We bring it up because when we recently test drove the Hyundai Elantra, we found it to be chocked full of equipment that would have been unthinkable in a small car just a few years ago.

It had a 2.0-liter engine that made 147 horsepower and 132 pound-feet of torque. It was mated to what Hyundai is branding as an Intelligent Variable Transmission or IVT.

This transmission performs continuous shifts by modulating pressure of the transmission’s pulley, depending on driving conditions and driver inputs. It utilizes a wide ratio pulley system, which provides a broader ratio of operation.

The bottom line was that the Elantra’s IVT didn’t feel like a continuously variable tranny. There were simulated shifts, it didn’t have that drone associated with this type of transmission and it even had three drive modes: normal, sport and comfort.

Acceleration was great, the engine responded well to driver input and the Elantra’s street manners were commendable. It cornered well, there weren’t any of those short abrupt bumps that accompany small cars and the sight lines were good, there weren’t any blind spots.

What’s more, as opposed to a more common push belt, the IVT takes advantage of a chain belt, a first, Hyundai said, in the compact car segment. A chain improves fuel efficiency by an additional 1.2% when compared with conventional belt systems.

The 2020 Hyundai Elantra had a fuel efficiency rating of 30 mpg in the city, 40 mpg on the highway and 34 mpg combined.

When we got into the car, we found a sizable analogue speedometer and odometer in front us. They were flanked by a TFT screen in the middle. The interior was swathed in a leather-like material, the seats were perforated and the front two were heated.

A bin was just under the climate controls. It held the 12V plug and the USB and auxiliary jacks. It also held the wireless charging pad. There was a second USB jack in the center console.

There was a floating touch infotainment screen, a three-dial climate control cluster beneath it and the gearshift followed. We almost forgot that the odometer and speedometer had a checkered pattern inside of each.

The driver’s seat was power, and it had a power lumbar support. There were power windows, but the driver’s window was the lone one-touch up or down. This Elantra also had a moonroof.

A soft touch grained dash lent a bit of sophistication the to the interior. The dead pedal wasn’t for performance, but it did make us more comfortable driving the car. It was natural to rest our off foot on it.

We climbed in the back seat and found them a little firmer than the front seats, but they weren’t uncomfortable. The side panels were a little hard too but still nicely done.

There was plenty of head and legroom. They would be cozy, but three people could seat in the back seat. There was a popup trunk latch. And the Elantra Limited had 17-inch alloy wheels with an interesting jigsaw puzzle like design.

We had pushbutton start stop and lock unlock. There were voice controls, Bluetooth, streaming, satellite radio, and a navigation system.