Sadly, NCAA Players Have to Be the Adults In the Room 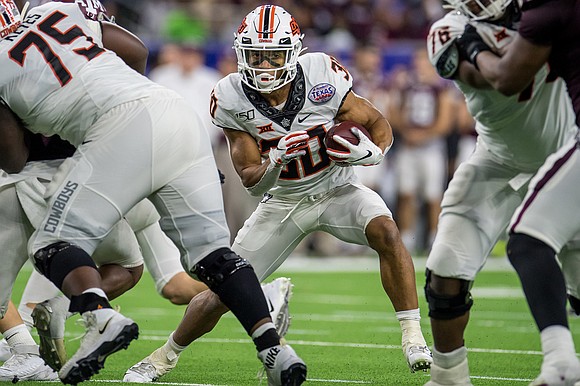 How many lives of young men and women should be sacrificed for entertainment - and for billions in profit? That question can't be ducked as the NCAA allows colleges to begin "voluntary" football practices, and other college teams begin to practice.

Colleges are desperate to open the full football season, a source of millions of profits for colleges and universities. Donald Trump, who pretends that the COVID-19 pandemic is behind us, wants a return to normal, with stadiums filled with fans cheering their heroes. Players are eager to compete and to display their skills.

Only problem is that the coronavirus doesn't care about profits or presidents, or about fans or coaches. It doesn't follow polls, doesn't care who wins the presidential election, and has no party. It is deadly and it's still here, even spiking in more than 20 states.

And now, its hitting football players hard. Thirty LSU players are in quarantine, either testing positive for the virus or from being in contact with those who tested positive. Twenty-three Clemson football players have tested positive since workouts started on June 1. Thirteen at Texas, 14 at Kansas State, and more at Alabama, Mississippi, Southern Florida, Auburn, Oklahoma State and others.

Houston and Kansas State have suspended voluntary workouts after a raft of positive tests.

Dr. Anthony Fauci, the United States' leading infectious disease expert, warns that football might not be possible now: "Unless players are essentially in a bubble - insulated from the community and they are tested nearly every day - it would be very hard to see how football is able to be played this fall."

For Donald Trump, this is unacceptable. He wants to pretend that the pandemic has been conquered and wants praise for the self-proclaimed "phenomenal job" that he has done, even though the U.S. has suffered more victims than any other nation in the world. He sought to kickstart his re-election campaign with a rally in an enclosed arena in Tulsa, Oklahoma, site of one of the worst racial massacres in our history in 1921. Yet, after boasting that a million people had sought tickets for the 19,000-seat arena, he spoke before an arena that was only one-third full. Even the Trumpsters thought twice about gathering in a closed arena to listen to hours of speeches in a crowd parading without masks.

Who will be responsible for the athletes whose lives will be at risk so fans can be entertained, and the universities can profit? College presidents now make big salaries, but they should feel a greater responsibility to the young men and women who attend their schools. College coaches make millions at big-time programs, but they should protect the players that play for them. The NCAA should reconsider its decision to open practices now that the virus has spread so quickly.

In the end, sadly, it is likely that the players themselves will have to be the adults in the room.

At UCLA, 30 players petitioned the university for additional protections, seeking a Third-Party Health Official to review all safety measures and protocols to ensure the greatest protection possible. They wanted guarantees that players would not lose their scholarships or face retaliation if they chose not to return to the campus for the season this fall. They argued, sensibly, that they could not trust university or athletic department officials who had interests other than their lives and health at stake.

With demonstrations in support of the Black Lives movement continuing, it is time for players to speak out. Oklahoma State's football coach, Mike Gundy, found that out when he wore a sweatshirt from OAN, the virulent right-wing cable network that has consistently mocked Black Lives Matter demonstrations. His Heisman Award candidate, running back Chuba Hubbard, called him out, leading to Gundy's abject apology for what he claimed was an ignorant mistake.

Now players need to speak out about their own health and safety.

College football is a wonderful spectator sport - but it is not worth the lives of young American men. The same is true for other college sports. If college officials, college coaches and the NCAA are not prepared to act responsibly, the athletes themselves must take the lead. Their parents should support them. Thirty players testing positive in "voluntary" practices is 30 too many.

It is time to give greater weight to the pandemic experts than to the panicked administrators.