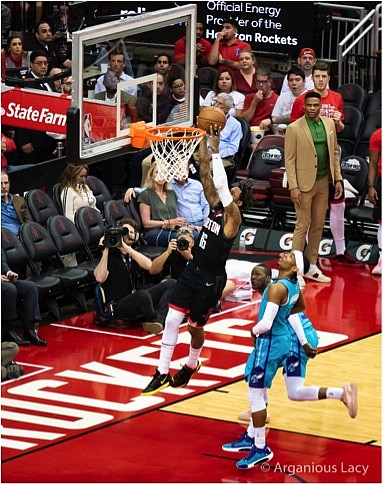 One of the first things the Army teaches you is how to support your battle buddy (other soldiers). No matter what happens you should always have your buddies back especially during adversity. The seventh line in the Soldiers Creed explains it best:

I will never leave a fallen comrade.

The second unit of the Houston Rockets needs to take a look at that seventh line and apply it to their daily routine. On Sunday, Houston dropped its fourth game in a row to the Orlando Magic by a score of 126-106. This coming after they had a poor performance against the Charlotte Hornets in a game that started with a 20-0 run by the Hornets. After an amazing five-game winning streak after the All-Star break, the Rockets have crashed back to earth in a horrendous fashion.

“It’s funny,” said Rockets coach Mike D’Antoni. “Just eight days ago we were rolling, and then all of a sudden the bottom fell out. We’re searching for answers, and we’ll find them.”

If coach D’Antoni is sending out the search party to seek answers for their recent demise, then he needs to look no further than his role players. They are currently 30th in the league in scoring averaging 27.9 points per game. Compare that to three of the last four teams they have played in this current losing streak averaging almost 20 points more a game during that same time frame (Knicks 48.8, Clippers 50.8, and Magic 47.3) and you have a recipe for disaster.

This coming off a great month in February where they helped the Rockets go 9-2, by averaging nearly 30-points a game.

One reason the second unit is suffering is the injury to backup point guard Eric Gordon. He is averaging 14.5 points and is shooting 32.3% from three-point range. Gordon (knee) is considered questionable for Tuesday's game against Minnesota. Having missed the last two games with a sore right knee, the Rockets bench and rotation has not been as successful as when he is on the floor.

Another player whose game needs to be revitalized is backup point guard, Austin Rivers. He is contributing 4.4 points a game in the last five games after averaging nearly double digits (9.5) in the previous 10. 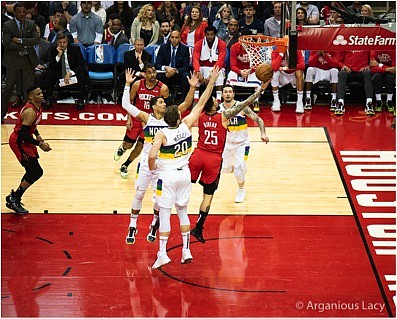 Houston will need their bench now more than ever as they head out West after Tuesday’s game to take on the Los Angeles Lakers who happen to be the number one team in the Western Conference. If Gordon, who is being evaluated on a day-to-day basis is unable to play it will be another long night for the Rockets as they scramble to find some continuity and scoring from their second unit.