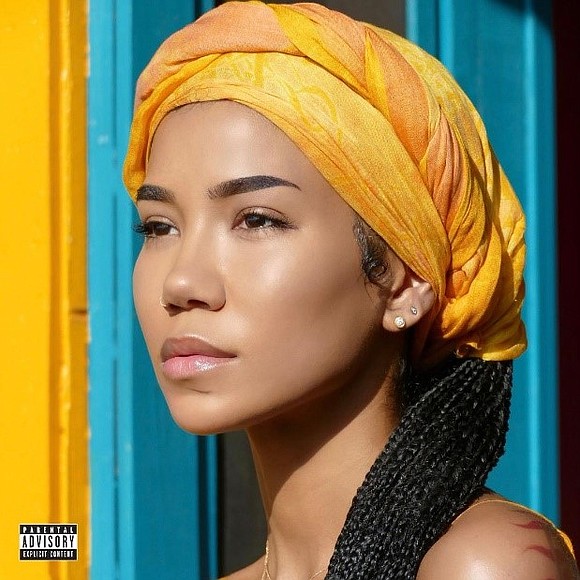 New York, NY - Grammy®-nominated multi-platinum singer/songwriter Jhené Aiko scores the highest-selling album of her career as CHILOMBO debuts at #1 on the Billboard Top R&B Albums chart, and #2 on the Billboard 200, on first week overall consumption of over 152,000 units. CHILOMBO ranks as the biggest album debut from a female R&B artist since Beyoncé’s Lemonade (April 2016).

The chart-topping CHILOMBO, released March 6th via Artclub/Def Jam Recordings, arrives on the strength of over 170MM global streams in its debut week and over cumulative streams over 700 million to date for its five massive advance tracks, with

Jhené, who has reached #1 trending on Twitter in the U.S. and worldwide three times since the release of CHILOMBO, has gained 500,000 new Instagram followers in the last 30 days. She is currently the #1 Female Artist on YouTube for the week of March 6-12th with over 21.5 million views.

CHILOMBO proclaims the artist’s full name, Jhené Aiko Efuru CHILOMBO, as it celebrates her coming into her own personal power. The initial jam sessions where she freestyled the lyrics to each song, took place on The Big Island of Hawaii where Jhené's great grandmother was born. Jhené was inspired by the beauty and power of the island's volcanoes, having visited throughout the years. Chilombo means wild beast. The volcano is symbolic of the beautiful, yet powerful beast. Jhené Aiko is Chilombo. In contrast to her 2017 album, Trip, which intricately detailed the process of grieving, CHILOMBO finds Jhené embracing her strength and power, and coming into her confidence as a woman, a creator and a healer. She has always embraced magic in her particular brand of soulful, trippy, ethereal R&B, but now on CHILOMBO she has taken it all to another level.