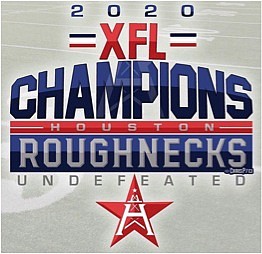 The sports world has suffered some major setbacks during this coronavirus pandemic. For the first time since 1939, there will be no men’s champion in NCAA postseason, also a first for women since the NCAA began hosting that tournament in 1981-82. There also won’t be any spring sports (baseball, track & field, softball, etc.) in high school or college athletics this year. It affects the high school seniors the most because those who participate in spring sports lost their senior seasons to showcase their talents that could have earned them a college scholarship.

Major League Baseball had to cancel the rest of their spring training and delay the start of their season. The NBA halted its season with no official start day to resume activities which means the post-season is in jeopardy. Olympic officials have delayed the 2020 Summer Games in Japan until 2021 to give athletes time to train once this pandemic is over. 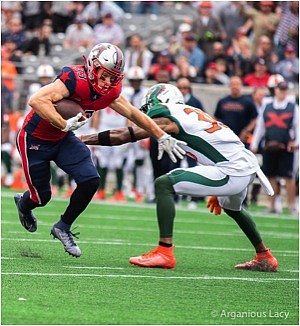 But the coronavirus effect sent shockwaves through the city of Houston on March 12, 2020, with the cancellation of the XFL football season. The league issued a statement through their official Twitter page that read:

“Currently, the XFL will not be playing its regular season games. However, all players will be paid their base salaries and benefits for the 2020 regular season. The XFL is committed to playing a full season in 2021 and future years.” 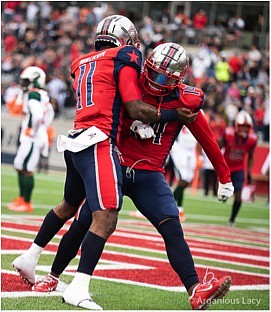 And just like that, the Houston Roughnecks perfect season was over. Just when the city had fully embraced another football team outside of the Texans, it was over. One thing that this pandemic won’t be able to take away is all the memories the Roughnecks gave fans during their 5-0 run.

Who remembers the time that the Roughnecks were down 14-0 in Week 5 against the Seattle Dragons and quarterback P.J. Walker threw a 50-yard touchdown pass to RB/WR Nick Holley to start a 25-9 scoring run and Houston won 32-25?

What about a week prior when the Roughnecks were holding on to a seven-point lead against the Dallas Renegades with Dallas in position to score from the three-yard line and linebacker DeMarquis Gates forced and recovered a fumble to stall the drive and Houston won the game 27-20?

Should I mention that Walker led the league in passing yards (1,338) and passing touchdowns (15)? What about the outstanding season wide receiver Cam Phillips had by leading all receivers in receptions (31), receiving yards (455), and receiving TD (9)?

I would be doing the Houston fans a disservice if I failed to mention that two players in the Roughnecks defensive backfield, Deatrick Nichols (3) and Cody Brown (2), led the league in interceptions. Or that the aforementioned Gates had 32 tackles on the season to put him in the top 10 in that category. 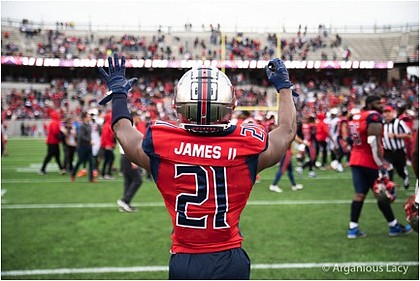 Three players from the Roughnecks have signed NFL contracts.