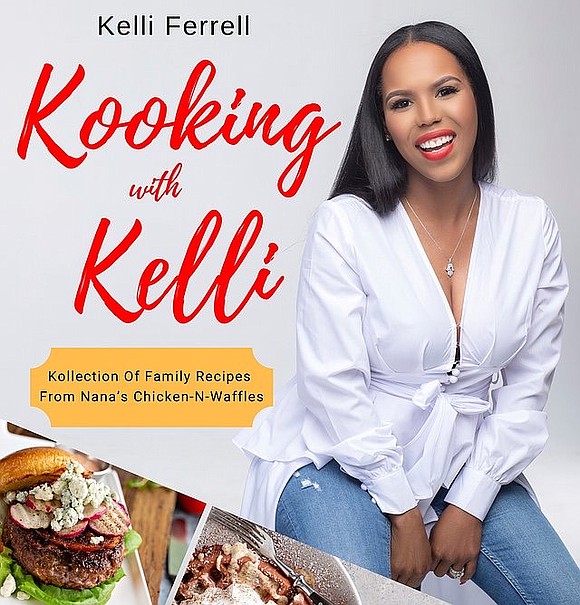 Meet Kelli Ferrell and her husband Mark, both who are the founders and owners of Nana's Chicken-N-Waffles, a family oriented, Louisiana/Maryland style diner in Conyers, GA. Food items include: Cajun shrimp Po' Boys, fried green tomatoes, beignets, and Nana's warm banana bread. Of course, given the restaurant's name, customers will expect some true southern chicken and waffles, and the menu at Nana's features five types of waffles, ranging from malted traditional to red velvet.

Ferrell also released her cookbook, Kooking with Kelli, which is filled with delicious southern meals and mouth-watering dishes. In this collection of recipes: you will learn to cook soul-satisfying homemade food, with most requiring short preparation and cook time. Kooking with Kelli is infused with inspiration and recipes, that have been passed down from generation to generation, and includes signature dishes -- which include: Honey Fried Chicken, Shrimp and Grits, Chicken and Waffles, Banana Bread, Grilled Lamb Chops, and Southern Sweet Potato Pie.

Ferrell has competed on: Food Network's "Ultimate Thanksgiving Challenge." The show challenges chefs to a series of competitions to see who can prepare the best Thanksgiving-themed meals. Ferrell also appeared on Guy's Grocery Games, a reality-based cooking television game show hosted by Guy Fieri on Food Network. In her episode, four chefs competed in a three-round elimination contest, cooking food with ingredients found in a supermarket grocery store ("Flavortown Market") as Fieri poses unusual challenges to them.

The Oprah Winfrey Network just announced that it's adding a food block to its programming, a first for the network. Food Fantasies explores various chefs' ultimate fantasy meals. The chefs are asked, "What’s the one dish you would make if calories didn’t count?” and “what’s the meal you would make for your nine-year-old self?” and use these prompts to create the culinary confections of their dreams. Kelli, amongst a few other celebrity chefs will be featured.

Catch the new show, which will each have 7 episodes in their first seasons, when they premiere on Saturday, November 14 starting at 12 p.m. ET/PST.