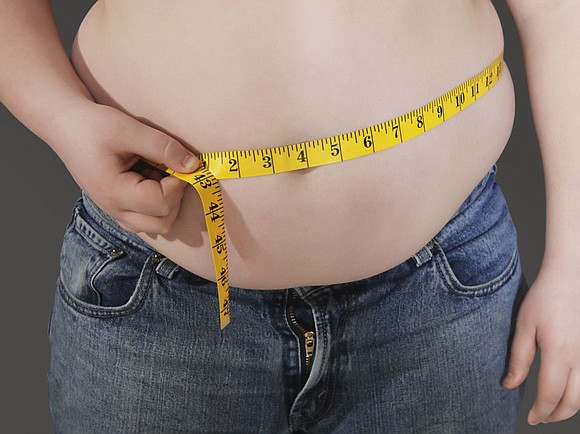 Warning letters from schools that a child is overweight isn't helping stop the childhood obesity crisis in the US, a new study found. Credit: Getty Images

(CNN) -- The letter or report card is from your child's school, but this grade doesn't have anything to do with school performance or behavior. Instead, it's a measure of your child's body mass index or BMI -- designed to warn you when your child is overweight or obese.

It's a well-intentioned public health program, recommended by the National Academies of Sciences, and created to combat the growing problem of childhood obesity. Today nearly one in five children in the United States between the ages of 2 and 19 are obese.

About 40% of children in the United States live in states where school messages are routinely sent -- either as a public education best practice or mandated by law -- parents about the results of weight measurements taken at school, according to a new study published Monday in JAMA Pediatrics. What's more, some states

That message isn't well-received by parents or children, however, nor does it accomplish the goal of reducing a child's weight, the study found.

"This was a pretty convincing study," said Dr. Jenny Radesky, an assistant professor of pediatrics at the University of Michigan and C.S. Mott Children's Hospital, who was not involved in the research.

"Based on these results, schools and state departments of education should seriously consider whether BMI measurement in schools should stop altogether," Radesky said.

"Parents who feel their child has responded negatively to a report card BMI should advocate directly with their schools," she added.

The study, led by pediatrician Dr. Kristine Madsen, an associate professor at the University of California, Berkeley's School of Public Health and faculty director for the Berkeley Food Institute, followed nearly 29,000 kids in grades 3 to 7 in California over a three-year period.

At the end, the study found the BMI missives to parents had no impact on pediatric obesity and may decrease a child's satisfaction with their body, although the results were mixed.

The editorial was co-written by clinical psychologist Idia Thurston, an associate professor of psychology and public health at Texas A&M University and registered dietitian Kendrin Sonneville, an assistant professor of nutritional sciences at the University of Michigan, Ann Arbor.

"In our own research, we found that youths with elevated BMIs who reported their weight to be 'just about right' engaged in healthier behaviors and had fewer depressive symptoms, lower adoption of disordered weight control behaviors, and less weight gain from adolescence to adulthood," the trio wrote.

Messages about weight might even backfire. Prior studies have shown that "school-based BMI screening may increase weight stigmatization, including weight-based teasing and other forms of weight-related talk, both of which have been found to be factors in disordered eating behaviors in adolescents," according to the new study.

"There have now been several randomized controlled trials showing that school-based BMI screening does more harm than good," Radesky said. Using a BMI number tells "families what is 'wrong' with their child's body, like the child is being graded on their size and appearance."

"In actuality, talking to kids about their bodies and self-image requires more in-depth conversations and trust, and can't be reduced to a simple number," she said.

In the editorial, Richmond and her colleagues said public health programs should "empower, not stigmatize, those they are designed to benefit. This is especially important given that communities with low incomes and Black and Indigenous individuals and people of color systematically experience higher weights."

The BMI letter approach also puts the responsibility on the child's family to "eat healthier, exercise more, and sleep better -- despite our knowledge that systems-level forces like the food environment, access to safe outdoor spaces, and healthy housing profoundly shape these behaviors."

Rather than measuring BMI, Radesky said, school might be better advised to focus "on serving healthy foods and providing a school culture that supports social-emotional wellness and self-regulation."