Texans success against the Patriots depends on watching the “Ball Hawk” 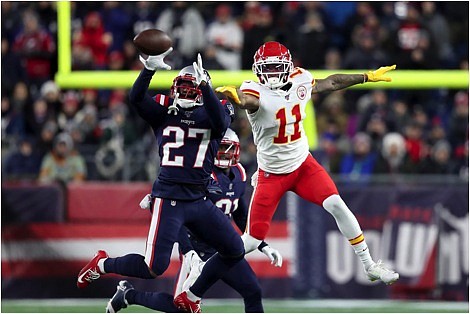 The Houston Texans and New England Patriots square off this Sunday at NRG Stadium in Houston, Texas in a game that could determine the fate of the 2020 NFL season for both franchises. With one more loss, the Texans would lose any glimmer of hope of making the playoffs, while the Patriots could propel themselves right back into at least a shot at a Wild-Card game. 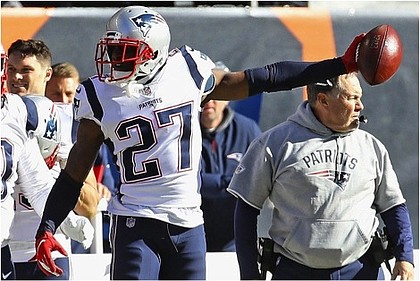 What will determine the likely outcome of this game will be a very good matchup between both team’s star players. Everyone knows that the Texans success is solely based on the play of superstar quarterback Deshaun Watson who is having a phenomenal season completing over 68% of his passes this season and has not thrown an interception in his last four games. He has feasted on AFC East opponents in the last three matchups by throwing 10 touchdowns and 0 interceptions. That last stat may change once he takes the field going up against one of the most dangerous defensive backs in the league this season.

Most casual NFL fans outside of Massachusetts can’t tell you who Patriots cornerback J.C. Jackson is, but I guarantee you that every quarterback and offensive coordinator knows exactly who he is. The former Maryland Terp not only leads the league in interceptions with six, he also has a streak of five consecutive games with at least one pick. That is the longest streak in the NFL since 2015.

“I’m a playmaker, man,” Jackson said in his post-game press conference following the win over the Baltimore Ravens this past Sunday. “I know how to play the ball pretty well. I feel like I become the receiver. When I go up for the ball, I become the receiver and I make a play on the ball, every chance I get.”

Being a ball hawk is nothing new to the undrafted third-year cornerback as he has recorded 14 interceptions in his first three seasons in the league which leads all players since 2018. Only Marcus Peters (16), Richard Sherman (15), and Ed Reed (15) has had more interceptions in their first 38 games of their careers.

Jackson has earned the attention of other coaches around the league, but one coach in particular has taken notice of his play on the field and that is defensive-guru and Patriots head coach Bill Belichick.

“J.C.’s been very durable. He works hard,” Belichick said to the Houston media on Monday. “He’s out there every day. He competes hard. Always working to get better. Yeah, obviously he has very good ball skills.”

Jackson is fully aware of all his accomplishments thus far but says that he will have time to reflect on all of that when his career is over. For now, he just wants to keep doing what’s best for the team.

“When I’m done playing, I’ll look at all the records and stuff like that,” said Jackson “I’m just proud of my team.”