Astros advance to the ALDS after sweeping the Twins 2-0 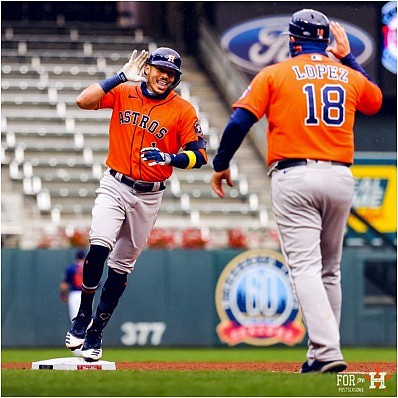 There is one thing people in Houston take pride in and that is being from Houston. It just carries a certain swagger to it, or as the young adults say these days, “It’s a Vibe.” To wear anything that says or represents the city gives most individuals that feeling that they can take on the world and win. There is even paraphernalia that reads, “Houston vs Everybody!”

That mindset and attitude is what the Houston Astros took into the 2020 American League Playoffs that started on Tuesday. After having one of the worst road records in the MLB, Houston found themselves in Minnesota to face the Twins who just so happened to have the best home record this season.

In addition to finishing the short 60-game season with a below .500 average, the Astros knew that they would hear all of the negative criticism from fans and sports media about the 2017 cheating scandal that was brought out after a former pitcher gave an interview to a magazine about how the use of electronic devices and trash cans were used to tip off hitters about what pitch was about to be thrown.

Even in the midst of all that adversity, all the Astros did was get on the field and do what they do best and that is play good baseball that usually results in a victory. Houston (2-0) eliminated the Minnesota Twins (0-2) in Game 2 of the American Wild Card Series on Wednesday by a score of 3-1 to advance to the best-of-five American League Division Series (ALDS) to face the winner of the Oakland A’s versus Chicago White Sox series. The loss for the Twins was their 18th consecutive postseason loss.

Astros shortstop Carlos Correa hit a solo home run to right-center field on a 1-0 pitch off of Twins reliever Cody Stashak in the top of the seventh inning to break a 1-1 tie. Houston would get another run in the top of the ninth when left-fielder Kyle Tucker hit an RBI single through the shift to bring home Michael Brantley and give the Astros a two-run lead. Closer Ryan Pressly shut the door on any Twins comeback by retiring the side to end the game.

“We’re a solid team, we play great baseball and we won a series on the road, in Minnesota, so what are they going to say now?”

It was the All-Star Correa who was not afraid to be in front of the camera’s during Spring Training and admit that the team had made a mistake in 2017, but they were not going to continue to take the criticism and berating from other players around the league. 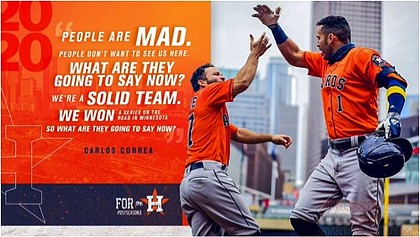 “We had a tough year since the start of Spring Training, but now it’s all about playing great baseball,” Correa said. “I think we showed everybody we have a solid team. Minnesota, in a lot of brackets, was supposed to win the World Series. We swept a great team in Minnesota, and I think we deserve a lot of respect as a team. We played great baseball, our pitching staff did a great job, we got some clutch hits and we were able to win the series.”

In addition to some clutch hitting in the late innings, Houston’s pitching was superb in shutting down one of the most potent offenses in MLB. The Twins blasted 91 homers and 81 doubles in 60-games. The Astros pitching staff lead by starters turned relievers Framber Valdez and Cristian Javier held Minnesota to no home runs, seven hits, and a .119 average for the series.

A lot of the credit must also go to the tag team duo of pitching coach Brent Strom and catcher Martin Maldonado.

“You know, Strommy came up to me and said, ‘Hey, you did an unbelievable job with these young guys,’” said Maldonado. “I told him, from the bottom of my heart, the reason that we’re here is because of them. We don’t have JV (Justin Verlander), we lost (Gerrit) Cole, we lost (Roberto) Osuna and those are the guys who are stepping up. Those guys stepped up big time. It was really good that they got their feet wet in this series.”

Astros first year manager Dusty Baker who led his fifth team to the postseason, was finally able to break out of a slump himself and get his first playoff series win since 2003. He also got a chance to see all of that Houston pride in his players he had heard so much about.

“This team takes pride in what they do. They take pride in wearing that Astros uniform,” Baker said after the win on Tuesday. “Everyone always talks about ‘H-Town’ and now I know what they mean.” 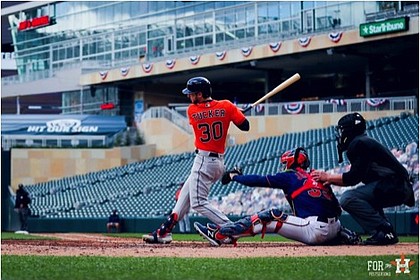