Houston We Definitely Have a Problem 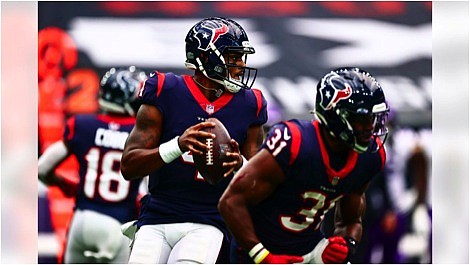 Most of my friends have heard me say a certain phrase I was told when I was younger that has stuck with me throughout 25 years of my life.

“Never let a mistake become a problem. Correct the mistake and you will solve the problem,” a wise man said to me as I was headed down the wrong road in life.

Unfortunately for the Houston Texans (0-4) throughout the first four weeks of the 2020 NFL season, their mistakes have manifested themselves into full blown problems that are not an easy fix.

On Sunday they lost their fourth game in a row to the Minnesota Vikings (1-3) 31-23 in front of a home crowd of over 12,000 at NRG Stadium. It was the first-time fans in Houston were allowed to view the Texans this season and many left disappointed in what transpired.

Watt and the rest of the defense allowed Vikings running back Dalvin Cook to have his way on Sunday rushing for 130 yards on 27 attempts. It was the second consecutive week that Cook carved up an AFC South defense having put up 181 yards against the Tennessee Titans the previous week in a one-point loss. 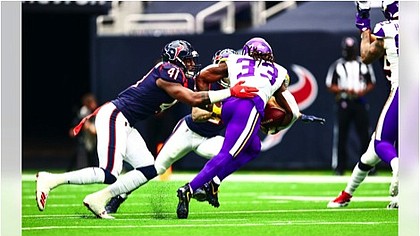 “It’s probably the biggest linebacker corps I’ve seen,” Cook said. “We knew if we get those guys running sideways and use our speed to get around the edge and get on some of their corners and our receivers make some good blocks, we can make some yardage out there.”

Minnesota took a 17-6 lead into the half after Houston looked very lethargic in the first half with quarterback DeShaun Watson passing for only nine first quarter yards and ended the second quarter with just 53 total. It wasn’t until the second half when Houston finally started to look like the back-to-back AFC South Champions when they got within one-point of Minnesota as Watson connected with wide receiver Will Fuller for a 24-yard touchdown pass. They would later get a field goal by Ka’imi Fairbairn to make the score 17-16.

“We got in a rhythm and that's all we needed was for somebody to make a play, and we made a play and it got things going,” Watson who ended the game with 300 yards passing said of his team’s third quarter success. 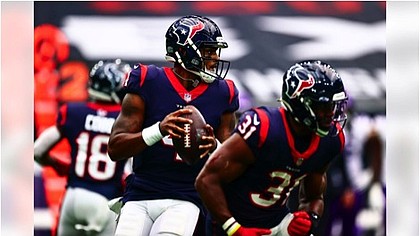 The fourth quarter is where things began to get a little bit interesting for Houston. After each team exchanged scores, the Texans moved the ball down inside the red zone to the Vikings four- yard line late in the game before eventually having what some thought was a touchdown catch by Fuller be overturned by officials on fourth down.

“I 100 percent felt like I caught the ball,” Fuller said passionately to the media. “Watching the replay when I hit the ground the ball moved a little bit, but I felt like I kept my hand underneath the ball.”

Senior Vice President of Officiating Al Riveron had a different perspective on the play.

The Texans must now quickly recover from the loss to the Vikings as they have division rival Jacksonville headed into NRG Stadium on Sunday and losing a game to the Jaguars and going 0-5 would definitely be a problem for Houston.