They Can’t Keep Getting Away 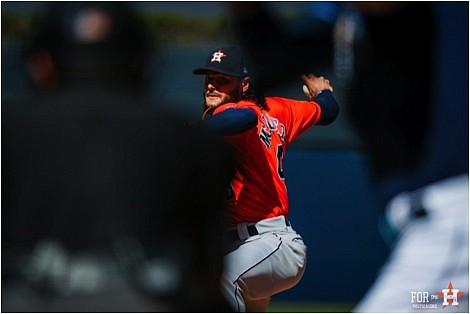 The Houston Astros find themselves in a very bad situation going into Tuesday’s Game 3 of the ALCS against the Tampa Bay Rays. Although this is a seven-game series, this is a “Must Win” game for Houston as they trail in the series 2-0.

“A must-win situation for us,” said Carlos Correa. “You know, you don't want to be down 0-3 in a series with a great team on their side of the race. I feel like we've been playing good baseball, we just haven't got those big hits.”

Houston lost 4-2 on Monday at Petco Park Stadium in San Diego after a costly error by sure handed infielders Jose Altuve and Yuli Gurriel. With two outs in the bottom of the first inning, Altuve’s throw to first base was short and caused Gurriel to have to try and dig it out of the dirt allowing Ray’s Ji-Man Choi to reach on an error. That put the second runner on base and Manuel Margot took Lance McCullers deep to put Tampa up 3-0.

“That's his first throwing error all year, and then he had two of them today,” Astros manager Dusty Baker said after the game. “You're just hoping he isn't getting the yips. Invariably, they come in bunches. Everything comes in bunches, errors, hits, homers, everything. I just told him to flush it. I mean, this guy's been awesome for us. He's got to flush it and move on, or else it multiplies.”

McCullers settled down after that inning by retiring the next 14 batters before giving up a solo homerun to Mike Zunino in the bottom of the seventh to increase the lead to 4-0. That would be it for McCullers who went seven innings striking out 11. He took the blame for Altuve’s error in his press conference.

“When he made the error, I turned to him and gave him a, ‘No problem, all good,’” McCullers said. “He’s been the heartbeat of this team, the staple of this team for so many years. Just kind of sucks. I really wanted to pick him up there. I wish we were talking about something else. He’s a hell of a player, and I think he understands how much we support him. He needs to come back tomorrow and lead this team like he always has.”

Correa got the Astros on the board in the top of the sixth inning with a solo home run. It was his 16th career postseason homer. Houston loaded the bases in the bottom of the ninth inning twice and only came away with one run after George Springer hit into a double play that drove in Gurriel from third base and Alex Bregman lined out to center field to end the game.

Yet Dusty Baker is still optimistic about the series and feel like his team is still in it.

“They got away two days in a row, but they can't keep getting away,” Baker said.