Why the GOP Wants to Steal Your Vote? 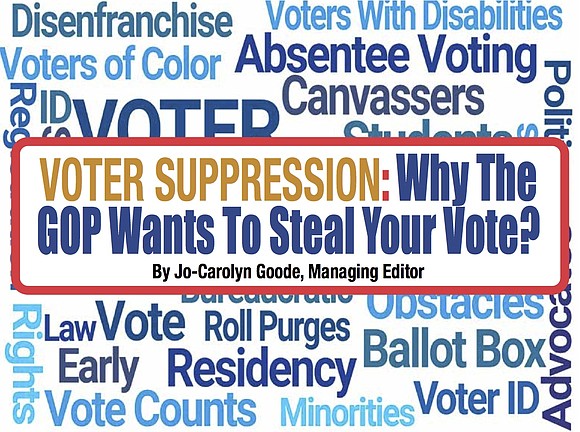 Trick or treat is the time old tradition where children put on costumes and knock on doors in hopes of getting a treat of candy and not a trick. For the last four years, Americans have been in a sort of a game of Halloween minus the costumes. Donald Trump has been supplying all the tricks of lies, policy changes, and false claims but no treats!

Look at the first trick of the Trump administration. Everything around this president is chaotic, deceitful, and lacking empathy. America was tricked into believing Trump won the election to become the president when in fact he had a little help. In those early days information about Russia involvement in 2016 election trickled in and, of course, Trump acted like the news was new to him. However, it was found out that Russia had a greater influence than originally thought. The U.S. intelligence agencies confirmed that Russian agents did hack several systems to steal voters’ information. In total 21 states were hacked. A report coming from the Senate Intelligence Committee also confirmed that Russia had position themselves to change the personal info of voters.

Historically Republicans have always fought to change policy and make voting more difficult, especially for the disadvantaged minority communities in Texas. One of the biggest ways they have done this is with the voter ID laws. Before voting one must present their ID at the poling station. Acquiring an acceptable form of ID is hard for many minorities and immigrants too. There are seven forms of photo identification that are acceptable. College students, wait before you whip out your unversity ID, it won’t be accepted.

Texas is one of the hardest states to get registered to vote in The Lone Star state is one of a few states that requires knowing when, where, and how a voter casts their ballot. Volunteers wanting to register voters must first be deputized before registering anyone. If they register someone without being deputized, the application is thrown out.

During early voting, it is wonderful to vote at your polling place of choice. Problems come on Election Day when one has to vote at a particular place that they are assigned. Many voters get caught in this trap as your assigned polling place could have changed locations. Some even run the risk of their vote not being cast due to machine malfunction. Voting early is highly encouraged. For instance the first day of early voting did not go well in Fort Bend County when voting machines were not program properly. Voters were delayed 5 hours or more. If this had happened on Election Day the outcome would have been bad.

This is a trick due to the lack of response about the global pandemic by Trump and his administration. Since he did response quickly and has allowed this virus to grow run through the U.S. I blame him for people trying to make the decision to vote in person and risk exposing themselves and family to COVID-19 or keeping silent in their bubble at home.

Harris County Clerk Chris Hollins is doing everything he can to make voting accessible and safe. Machines are space six feet apart. Voters are given finger covers so they don’t have to touch the screen. Plus there are options to use the drive-thru voting, 24-hour polling places, and the mail-in ballot dropoff.

Hollins was most notably challenged by Gov. Greg Abbott over mail-in ballots. Hollins wanted to send mail-in ballot applications to every registered voter whether they asked for it or not. A local judge granted permission to Hollins to proceed with his actions but the Texas Supreme Court put him on hold again.

The tricks continue through this Trump era. We never know what will happen from one moment to the next. Just be sure to know the facts and don’t let anyone steal your vote.

The GOP doesn’t want you to vote because they want to stay in power and silence your voice. They will continue to give to breaks to the rich and penalities to the poor. Don’t fall for the tricks of the GOP. Get your treat in November with a new president.

Remember to vote for your future and the generations to follow.