Rockets and Lakers square off in crucial Game 3 playoff matchup 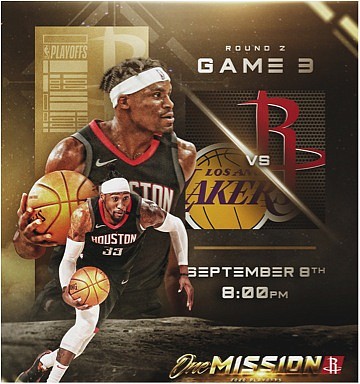 And now the real games begin. With the series tied at one a piece, the Houston Rockets and Los Angeles Lakers know what is on the line in this crucial Game 3 matchup on Tuesday night. Teams that have won Game 3 of a best of seven series after it being tied at one game apiece, has went on to win the series over 70% of the time.

Houston took Game 1 in a typical Rockets fashion by using their defense to dictate the tempo of the game with steals and defensive rebounding that led to easy baskets in transition on the offensive end. The Rockets had 13 steals and a plus-six defensive rebounding advantage (37-31) on the taller Laker’s front court players that consist of Anthony Davis, JaVale McGee, Dwight Howard, and Markieff Morris. Houston’s tallest player on the court at most times is usually 6’5 forward P.J. Tucker.

Combine those numbers with the team shooting almost 36% shooting from three-point range and 36 points by the NBA’s leading scorer in James Harden and you have the recipe for a Game 1 victory by the Rockets 112-97.

''It doesn't matter how tall you are. If you have the heart and you're a competitor you can be out there on the court,'' Harden said during his postgame press conference via Zoom.

Los Angeles made some major adjustments in Game 2 as they didn’t allow the Rockets to control the game speed and slowed the flow down to a pace where they are more comfortable playing. LeBron James (28 points, 11 rebounds, 9 assists) and Anthony Davis (34 points, 10 rebounds) used a more half-court friendly offense to allow Davis more touches in the post area and James more space to get to the basket.

The Lakers jumped out to a 21-point lead in the first half, but seen that lead evaporate as the Rockets used a 41-point third quarter to take a brief five-point lead. Houston couldn’t sustain the energy it took to come back from such a huge deficit and eventually succumbed to Los Angeles 117-109. James said he knew that the Lakers would have to make some major changes playing against such a high-powered offense and scrappy defense like the Rockets.

Rockets head coach Mike D’Antoni knew that his team was outplayed in the first half and was out of sync. Something that the Rockets had not been in the previous two playoff games.

''We didn't play with enough intensity to match their fire,” D’Antoni said.

Now comes Game 3 where both teams have used the off days and film study to make the necessary adjustments to be successful.

For Los Angeles, they must keep those scrappy Houston defenders out the passing lanes and off the boards to prevent the game being sped up to the pace where the Rockets wants it to be. They also have to continue to ride the one-two punch of James and Davis in the half court on offense. Their role players came up big in Game 2 with Morris scoring 16 points to lead all Lakers reserves, but they can’t depend on him to consistently go 80% (4-for-5) from three-point range and will need others to step up. 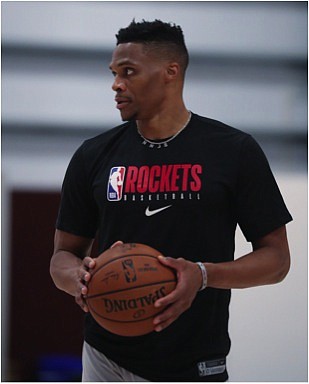 For Houston, the plan is a simple one. Keep Russell Westbrook involved in all aspects of the game as he is the key advantage the Rockets have against the Lakers. Westbrook had an off-night in Game 2, committing a game-high seven turnovers (the Rockets had 17 as a team) and shooting 4-for-15 from the field that included one made three-pointer out of the seven he attempted.

“Right now, I’m just running around,” said Westbrook after the game. “I’ve got to look at film and figure out how to be effective.”

Westbrook is playing in only his sixth game since suffering from a right quad injury that sidelined him for the duration of the first-round matchup against his former team, Oklahoma City Thunder. Even though he made some mistakes in Game 2, his head coach still believes that the Rockets can’t be successful without Westbrook in the game during crucial moments.

“We’re not going to win anything without Russell,” D’Antoni said when asked about removing Westbrook when he is inefficient. “That’s not even a question. He’s going to break through it. He’s more upset than anybody. He’s a great, great player.”