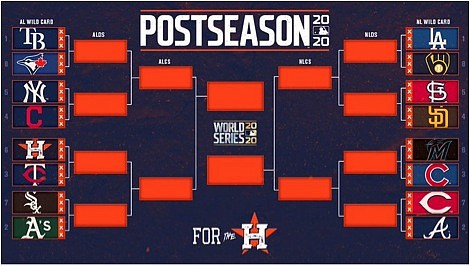 Most professional athletes will tell you that they do not harp on mistakes made during the game. No matter how egregious it may have been. They don’t carry that negative energy or vibe into the next play or game. For the Houston Astros, they need to have that same mentality heading into the American League best-of-three Wildcard Playoff series against the Minnesota Twins on Tuesday at Target Field in Minneapolis.

Houston made the postseason for the fourth consecutive season which is a team record for playoff appearances, but they also finished the COVID-19 60-game MLB season with a 29-31 record. They along with the Milwaukee Brewers are the only two team in MLB history to ever make the postseason with a losing record.

“When you have some bad experiences like some of the guys have had in the first 60-games of them not being themselves, now is a great time for them to start all over, start all over at zero,” said Astros Manager Dusty Baker to the media on Monday. “Records mean nothing. How you did means nothing. You can erase everything with a good series here (Minnesota) and going forward.”

If Houston is to move forward and take this series one day at a time they will have to get out of their own heads and not think about playing on the road where they had a less than stellar record this year at 9-23 and losing three in a row against the Texas Rangers to end the season in Arlington. They finished the regular season losing 17 out of the 27 games they played in September including a six-game losing streak on the road against the Los Angeles Angels and Oakland A’s.

Houston did not help themselves in the clutch either by losing 14 games by less than one run and was 2-7 in extra inning games this season. 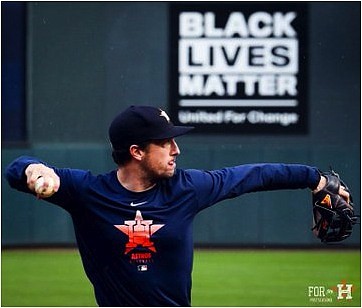 The one thing that this team can rely on is their postseason experience over the last three years that included two trips to the World Series. With a very strong veteran presence that includes former World Series MVP George Springer and A.L. MVP Jose Altuve to go along with 2019 A.L. MVP runner up Alex Bregman and strong clubhouse leadership in Michael Brantley, Yuli Gurriel, Josh Reddick, and Martin Maldonado. Houston will be a very tough opponent in the playoffs.

It also helps that they are going against a Twins team that has a 16-game playoff losing streak coming into the playoffs. Houston hopes that the element of surprise gives them the advantage since these teams have never faced each other in the postseason before. Yet this Minnesota team possess all of the intangibles that could eliminate the Astros from the playoffs with great pitching and an explosive lineup that can take a pitcher deep on any swing.

If Houston can generate some good hits and runs from their on powerful lineup they should win this series 2-1 and head towards California to continue their pursuit of another World Series title.