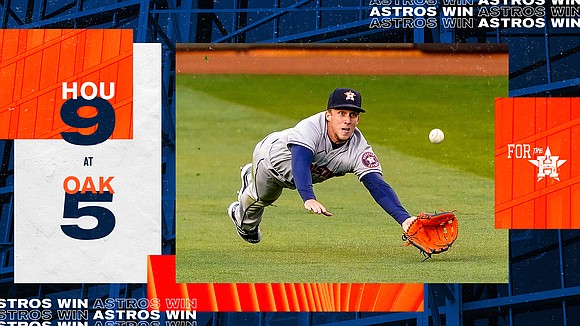 “I believe in this team, and we’re going to try to stick it to ’em as much as we can and prove that we’re the best team in the A.L. West now,” former Oakland A’s reliever Liam Hendriks said before his team took on the Houston Astros in the 2020 American League Division Series.

Hendricks had every right to believe that after he was an intricate part of the 7-3 regular season record against the Astros and helped stop the streak of A.L. West Division titles at three. Oakland had won four out of the five games series played in September 2020 and held Houston to only 10 runs during that timeframe. So, he had every right to feel confident about defeating the Astros and moving on to the next series.

Yet, we know a funny thing happened along the way.

Houston’s high-powered offense caught wind of what was being said from the A’s and it seemed to fuel them to the tune of 33 runs in four games as they advanced to their fourth straight American League Division Series.

Although Hendricks is no longer with the A’s, his words left a lasting impression on the Astros and in the first two games of the 2021 season, they have let it be known through their bats that they have not forgotten.

Houston (2-0) scored nine runs on Friday night to defeat Oakland (0-2) by a score of 9-5. The Astros are now 5-1 in their last six games against the A’s dating back to last year’s postseason and have a total of 50 runs scored against them.

The Astros got on the board early in the game when Alex Bregman hit a three-run shot to left center field to drive in Jose Altuve and Michael Brantley to put the Astros up 3-0 in the top of the third inning. First baseman Yuli Gurriel would help add to that lead in the next inning when he hit his first home run of the season to left field on a 2-2 pitch from A’s starter Jesus Luzardo (0-1).

Oakland climbed their way back into the game in the bottom of the fourth inning scoring two runs on Cristian Javier to pull within three runs. The score remained 5-2 until the top of the seventh inning when Jose Altuve pulled off the play that will be talked about in baseball circles for a very long time.

After drawing a walk to begin the inning, Altuve advanced to third base after Alex Bregman singled through the hole at second base. Right fielder Kyle Tucker came to the plate with runners on the corners and one out. Tucker hit a popup to A’s shortstop Elvis Andrus on the first pitch. As he displayed his frustrations by pounding his bat to the ground, Andrus secured the ball routinely, but was caught off guard when Altuve tagged up from third base to score another run.

“You got to play with aggressiveness and energy too and Jose is one of the top energy players in the game,” Astros manager Dusty Baker said about Altuve after the victory. “He is very intelligent and a great base runner.”

Oakland would once again close the gap in the bottom of the eighth inning getting as close as a one run deficit (6-5), but Houston would bat around in the next inning to score three runs and put the game out of reach as reliever Ryan Pressley would close out the bottom of the ninth inning.

Houston will be back in action on Saturday to face Oakland once again. First pitch is at 3:07 p.m. CST.