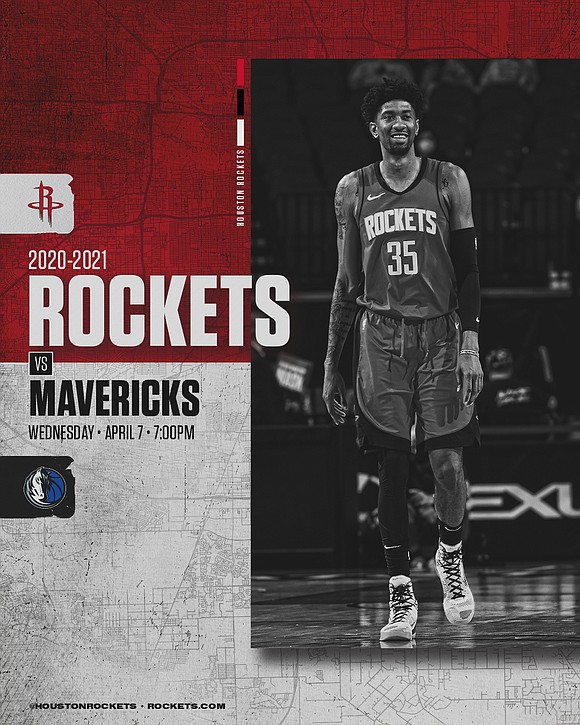 The Houston Rockets will be back in action on Wednesday night against one of their in-state rivals, Dallas Mavericks. After a tough 133-130 loss to the Phoenix Suns on Monday, the Rockets must prepare to take on another team that has been catching as of late. Dallas is coming into the Toyota Center with a five-game winning streak including a 111-103 win over the Utah Jazz who holds the best record in the NBA.

Mavericks superstar Luka Doncic is a very prolific player who is steady improving in each game he has played. His presence on the floor causes major concerns for a Rockets team who is still figuring out a steady rotation. They won’t have time to solve that problem going up against Doncic who is averaging 28.6 points, 8.1 rebounds, and 8.8 assists per game this season.

“He’s quicker than you think, bigger than you think, and stronger than you think,” said Rockets Head Coach Stephen Silas who coached Doncic when he was an assistant in Dallas. “He is very much like a basketball savant. Very intelligent. He just picks things up so quickly. And now, he’s shooting the ball very well. That makes it harder for anybody to guard him.”

The good news for Houston is they get one of their leaders back in point guard John Wall who has missed the last four games due to a left knee effusion. Coach Silas made the announcement during his pregame press conference and also announced that Wall will be on a minute’s restriction.

“In Minnesota, I fell on my hip and that was sore,” Wall said on Wednesday letting the media know that it wasn’t just his knee that was keeping him out of the lineup. “We were playing Memphis and I fell. In the first quarter going for a rebound, and I fell right on that same spot and it was hard to run. Then dealing with some tightness in the back of my hamstring area. Dealing with both of those was very difficult.”