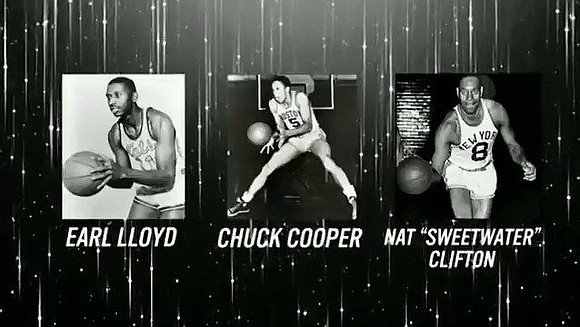 “Facing the rising sun of our new day begun,

Let us march on till victory is won”

Those lyrics from “Lift Every Voice and Sing” which is known as the Negro National Anthem has been sung throughout decades by African Americans during church functions, ceremonies at Historically Black Colleges and Universities, and Black History Month programs in schools. It is a constant reminder for most African Americans to never forget what their ancestors endured in order for us to enjoy what we have today.

The first of February begins Black History Month and on Monday Houston Rockets head coach Stephen Silas took it upon himself to talk to his team about some of the African Americans who paved the way for them to be able to play in the NBA.

“I asked the guys if they knew who the Jackie Robinson (First African American to integrate Major League Baseball in 1947) of the NBA was,” said coach Silas during his pre-game press conference on Monday before his team took on the Oklahoma City Thunder. “I told them it was Earl Lloyd, but they didn’t know about Nat “Sweetwater” Clifton or Chuck Cooper.”

All three aforementioned men entered the NBA in 1950 during a time where African Americans were unable to enjoy some of the basic privileges such as sitting at the front of the bus or being seated in local restaurants.

“For us to understand we get to play this game at a high level and to be an African American to play in this league, we have to show and give a testimony to those guys,” Rockets point guard John Wall said when asked how his coach’s history lesson impacted him.