Identity Check The Rockets have established themselves during six-game winning streak. 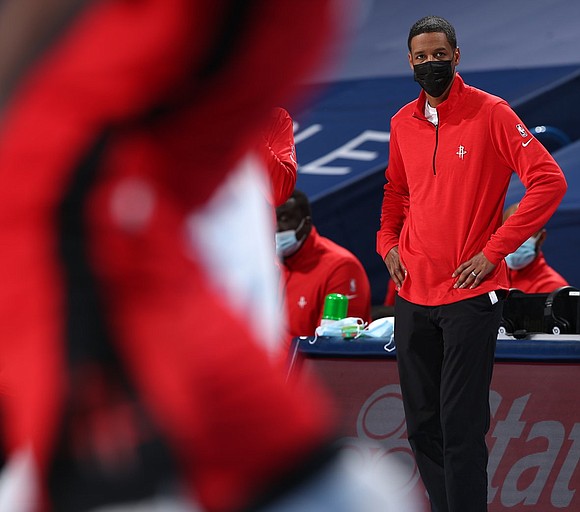 Two weeks ago, the Houston Rockets was a team with no identity. They had just lost their third game in a row to drop their record to 4-9 on the season and their rotation was about as stable as a three-legged table due to injuries, health and safety protocols in accordance with league policy on COVID-19 and the trade of franchise superstar James Harden to the Brooklyn Nets. Those were just some of the things keeping head coach Stephen Silas up late at night.

"We've got to do what we can to win each game, but we're dealing with a lot of different things," said coach Silas after the game against the Phoenix Suns as he was awaiting medical updates of two more starters who went down with injuries during the game.

Houston flew to Detroit the next day to take on the Pistons trying to hold on to what little sanity they had left and keep their head above water until they could get key players back into the rotation and develop some sort of continuity amongst the team. Who knew that the last play of a 103-102 victory would be the foundation of what was to come for the Rockets?

Down by one point with less than four seconds on the clock, the Pistons inbounded the ball to forward Jerami Grant who then faked a handoff to a teammate and drove towards the basket for the potential game winning shot. He would eventually get to the rim, but his layup came with no time left on the clock. That shot was late due to the defensive presence of Rockets forward P.J. Tucker who was harassing him all the way to the basket.

That resiliency and determination shown by Tucker to help Houston break a three-game losing streak was the wakeup call the Rockets needed. They currently hold the longest winning streak in the NBA at six games and have established themselves as one of the best defensive teams in the league. 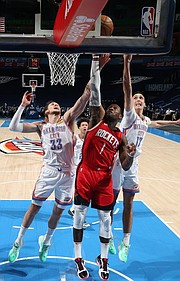 Houston ranks at the top of the NBA in defensive ratings over the last 10 games at 102.6 and has a 7-3 record during that time. Opponents have only scored 110-plus points on them twice in that span after the Rockets had allowed it to happen seven times in the first nine games. Houston has also established themselves defensively in the first half of games during the win streak as they have not allowed a team to score over 60-plus points on them after doing so in eight of the first 13 games.

“It is the character of the guys in the locker room,” coach Silas reiterated after his team defeated the New Orleans Pelicans on Saturday for their fifth win in a row. “If we didn’t have great guys in the locker room, we wouldn’t be moving in the direction we are moving. With high character guys, play hard guys, and guys who are selfless. A coach has the ability to coach.”

The Rockets will be back in action on Wednesday night taking on the Oklahoma City Thunder as they look to extend their winning streak to seven games.