Win Comes With A Cost Rockets blowout Grizzles but lose a key starter in the process. 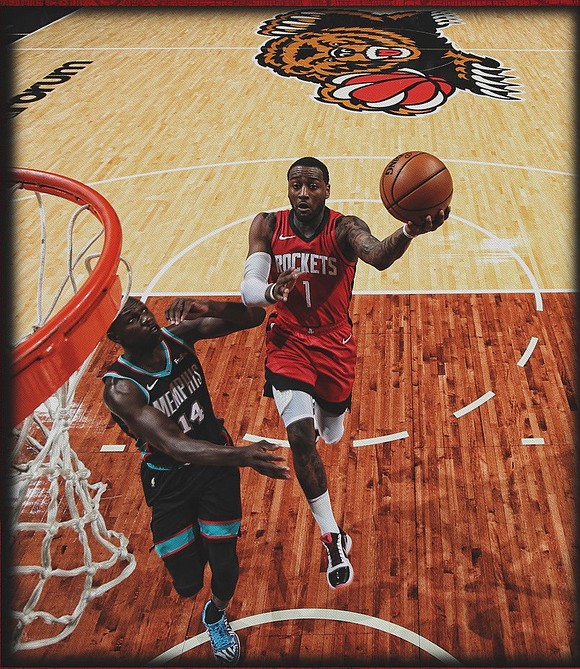 One night after being blown out by the Oklahoma City Thunder and having their six-game winning streak snapped, the Houston Rockets (11-10) bounced back to defeat the Memphis Grizzles (9-8) by a score of 115-103 to 3-1 on the road. Although the blowout victory feels good to a team that lost by double digits the night before, it came with a huge cost.

Starting center Christian Wood who is having an All-Star type season averaging a double-double (22.3 points and 10.4 rebounds per game) left the game early in the third quarter after reinjuring his right ankle. It is the same ankle which kept him out for three games in January.

“It didn’t look great and it was unfortunate,” said coach Silas about the injury. “It was difficult for me. I had to sit down, collect my thoughts and gather myself. As good as he has been playing and having a breakout season. It sucks.”

Houston showed no signs of the poor shooting they had from the three-point line against OKC as they hit 19 against Memphis after only hitting 12 against the Thunder. The Rockets were also elated to have point guard John Wall back in the lineup as he scored 22 points after missing the first game of the back-to-back for injury recovery.

Rockets forward Jae’Sean Tate added a season-high 19 points as he provided the spark Houston needed with the absence of shooting guard Victor Oladipo (rest) and the loss of Wood in the second half.

“I appreciate my teammates finding me,” Tate said about his performance. “They make my job easy finding me in the open spots. I think we did a tremendous job moving the ball today. When we come out like that, we are a tough team to beat.”

Houston used a 18-4 run at the end of the first half to take a 60-47 lead into halftime. The Rockets have held their last eight opponents to under 60-plus points in the first half. Eric Gordon who was starting for Oladipo hit 9 of his 20 points in the third quarter as Houston used a 14 -2 run to lead by 17 heading into the fourth quarter. Memphis did not come closer than 11 points in the fourth quarter as they lost their second game in a row after winning 7-straight.

After a quick trip home to play the San Antonio Spurs on Saturday, the Rockets head back on the road to play a back-to-back against the Charlotte Hornets and New Orleans Pelicans