Rockets fall to the Wizards in John Wall’s return to D.C. 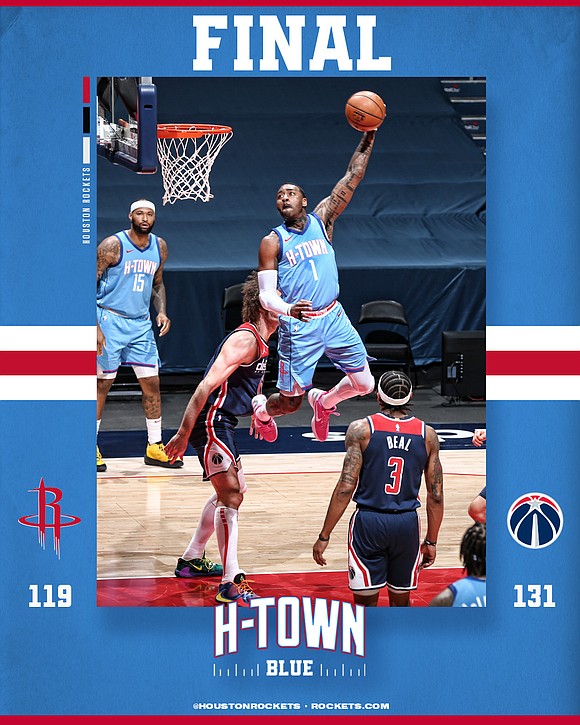 Monday night was not the return home visit that John Wall envisioned when he circled the game against the Washington Wizards in D.C. on the schedule. Wall, who was traded this past offseason to the Rockets for Russell Westbrook and a first-round pick did everything he could to keep his injury riddled team afloat by scoring 29 points and dishing out 11 assists. But in the end, it wasn’t enough as Houston (11-16) lost to Washington (8-17) by a score of 131-119.

It was a very emotional return for Wall who was playing as a member of the visiting team against a franchise that he started for in his first 10 years of his career and without any of the fans that have cheered for him during that time, especially his mother who passed away from cancer in December 2019.

''I play for the fans. I play for the city. I'm an emotional and passionate person and have been for 10 years,” Wall said. “I wanted to see those guys here and see them there to support me.

''I also wanted to have my first game that I would have played back in D.C. to have my mom out there in the stands. She's been with me for everything, and knowing she was not here, that was difficult. I know she is watching down on me and very proud of me and the comeback I had.” 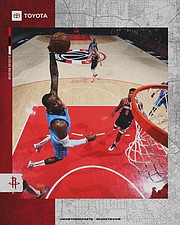 With the loss against the Wizards, the Rockets are now on a six-game losing streak which is the longest for the franchise since 2013.

Coming into the game without center Christian Wood (right ankle sprain) who is being evaluated on a week-to-week basis. Houston was also without two starters and one key reserve. Forward PJ Tucker had his consecutive game streak ended at 267 which was the longest by any NBA player since the 2012-13 season was forced to sit due to a left thigh contusion. Shooting guard Victor Oladipo was sidelined with a right foot strain and sixth-man Eric Gordon was resting due to a sore right groin.

NBA leading scorer Bradley Beal finished the night with 37 points for the Wizards, while teammate Russell Westbrook added 16 points, 15 assists, and 13 rebounds for his sixth triple-double of the season against his former team.

"We go at it. We compete. We guard each other, push each other," said Beal who matched up against his former backcourt mate for the second time this season. "Even tonight, we're pushing each other, telling each other to be better, guarding each other. It's just competitive. That's just who we are; that's our nature. I think that's what kind of pushed us to be who we are, who we both are today, and it's a beautiful thing.

"So, I'm definitely looking forward to just competing against him for the rest of my career, as crazy as that may sound."

All five starters for the Rockets were in double figures in scoring including a rare double-double by forward David Nwaba who had 19 points and 11 rebounds, but in the end, Houston was never able to get the key defensive stops they needed to avoid another loss.

The Rockets will be back in action on Wednesday as they take on the Philadelphia 76ers.