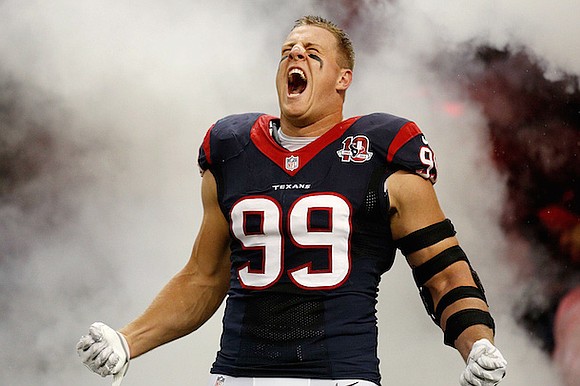 It has been one week since arguably the best player in Houston Texans franchise history announced that he had come to a mutual agreement with ownership to be released from the organization and become a free agent. The news sent the sports world and Texans fans into a whirlwind, especially since the future first ballot Hall of Fame defensive end J.J. Watt was a fan favorite on and off the field.

I choose to wait to write an article about the three-time Associated Press NFL Defensive Player of The Year because I didn’t want to repeat the numerous accolades that had been heaped upon the former first round pick in the 2011 NFL Draft. Too many articles were written about the franchise’s all-time sacks leader and 2017 Walter Payton NFL Man of the Year following his announcement via social media.

2017 was also the year that Watt used that same social media platform to start a fundraiser for the millions of Texas residents that had been affected by Hurricane Harvey. His goal was $200,000, but in less than two weeks he raised over $37 million.

J.J. Watt is an icon. A walking living legend in Houston and surrounding areas. Him not throwing the football back and forth with kids before games at NRG will be the small things that meant so much to so many. 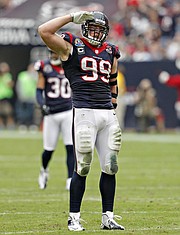 I know that you know this already and have heard it said repeatedly throughout the local sports media on various outlets. That’s why I will spare you the redundancy and just tell you what J.J. meant to me.

In 2019, Watt’s younger brother Derek and his wife Gabriella welcomed into the world a son (Logan James Watt) that made J.J. an uncle for the very first time. During OTA’s (Organized Team Activities) I got a chance to ask him about it and he was very exuberant with his response.

“I’m just an uncle, but I feel so much pride and excitement when he smiles and I get to hold him,” said Watt. “It’s nothing like it. It was so cool.”

Just a regular non-football question I thought. I mean fans want to see the human side of these players as well.

Fast forward a couple of months to the regular season and after a home game the reporters were waiting in the locker room to do different interviews with the players that were not going to be at the podium in the Texans auditorium. I am standing near Watt’s locker as another player gets prepared for questions and I hear a resounding voice over my shoulder.

“He is doing ok and I still love it,” says the voice behind me.

As I turn to see who was talking and if they were talking to me, J.J. is now looking at me as I have a puzzled look on my face because I have no idea on what he is talking about.

“You are the one who asked me earlier this year about my nephew and being an uncle right,” Watt asks as he could see I was a little confused.

“Oh. Yes. I did,” I responded with the question coming back into remembrance for me.

“I haven’t gotten a chance to see him much, but I definitely enjoy the time I do.”

That conversation meant a lot to a person who is not on a major platform nor a person that has had constant communication with Watt outside of asking questions during press conferences. Out of the millions of questions he gets asked on a consistent basis, he remembered that one and who asked it.

Next year will be the first time in 10 years that Justin James Watt will put on another team’s jersey with his name on the back. It will be a somber moment for a lot of Texans fans who are so used to him coming out last during pregame introductions and the pyrotechnics going off as his name is being called. My only advice to each and every one of you is to embrace the memories you had of seeing him play in Houston.