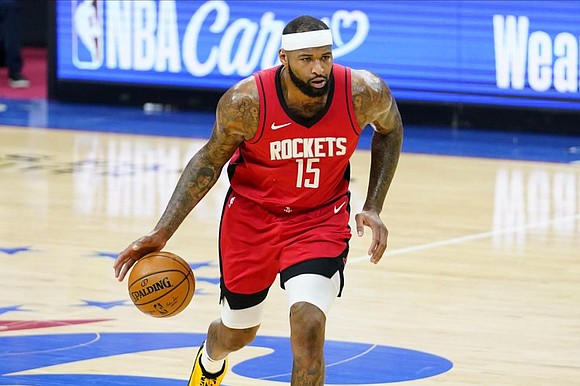 The Houston Rockets organization has been a standup franchise this NBA season. For a team that has been through a ton of adversity, they keep doing what’s best for the team and the players.

On Saturday, it was reported that the Rockets and reserve center DeMarcus Cousins are set to part ways sometime this season and a transaction could happen before the NBA All-Star break which is set for the first weekend in March.

This comes one day after Houston guaranteed his contract for the rest of the season at $2.3 million. Cousins was playing on a minimum-salary contract that the Rockets that was not guaranteed and the Rockets could have cut him before the Feb. 27th deadline.

Cousins, 30, was the 5th overall selection by the Sacramento Kings in the 2010 NBA Draft. He arrived in Houston after missing the majority of the last two seasons due to major lower leg injuries that caused him to miss playing time with his former teams, Golden State Warriors and Los Angeles Lakers. His production was better than most expected for a player that had missed such a significant amount of time away from the court.

Houston didn’t know what to truly expect from Cousins as he was set to be a backup to rising star Christian Wood. His stats per game on the season does not entail everything that he has done for the team. His veteran presence in the locker room along with John Wall, P.J. Tucker, and Eric Gordon has been valuable to first-year coach Stephen Silas and the players who have very limited NBA experience such as Jae’Sean Tate.

Cousins has had the most impact on the floor as a starter this season. It was a role he was catapulted into when Wood went down with an ankle injury this season. In the last four games, he has averaged 14.1 points and nine rebounds.