Black & Proud: I Want the World to Know 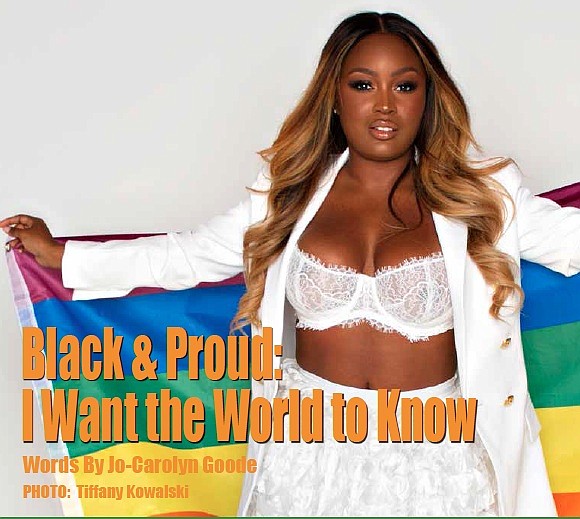 Violet, blue, green, yellow, orange, and red are the colors of the rainbow. All the colors are different in nature but beautifully coexist in a cohesive harmony without clashing with each other to make a wonderful masterpiece. There is no rhyme or reason to how they complement each other, they just do. No wonder why the LGBTQ community took these colors to represent who they are. The colors are bright, bold, and blissful just like the community of LGBTQ people.

June is a month known for honoring our fathers, remembering our past of freedom delayed, and celebrating the graduations of our youth. Now June has another significance of being Pride month. An interesting word choice since there are still so many who don't have pride in who they are because of whom they love. There are still individuals in the closet" and so many others who are out and proud. There are so many who couldn't take the shame that some placed on them for their choice so that they ended their life or those whose life was tragically taken from them. For those in the LGBTQ community, June is their month to have pride in honoring their truth and the truth of those still too afraid to come out of the closet Meet Roneshia Ray who once lived that dark life but is now shining in the light of her own truth. She is Black, Proud, and has Pride in who she is.

Looking at Roneshia today you would never know that she once lacked confidence in who she was. After all, this is a lady who overcame homelessness her senior year in high school after her mother fell ill. She went on to earn a degree from Texas Southern University. Not wanting her story to be someone else's tale, she started mentoring young girls as a state and national pageant holder. She would then continue to pursue her dreams as the owner of the Modern Day Collection boutique, founder & director of the Miss Ultimate Beauty of America pageant, coach girls in pageantry, and become a mentor to many.

Underneath her smile, long hair, and pretty clothes was a girl feeling trapped by the rules of society. Thoughts swirled in her head about how disappointed the people she most admired would be if they knew her secret. All of her dreams of letting little girls know they can rise above their circumstances wouldn't come true if the world knew she was gay. She must keep her secret before her world crashed.

"I tried so hard to keep it (being a lesbian) under wraps. I was like nobody is going to want a gay Miss Black Texas USA or gay Miss Black America Coed to mentor their kids. I didn't want people to think I was trying to turn their kids into gay people," said Ro.

But after a while, she felt like such a phony trying to teach little girls to have confidence in being themselves when she was denying who she was.

"I was uncomfortable with myself." 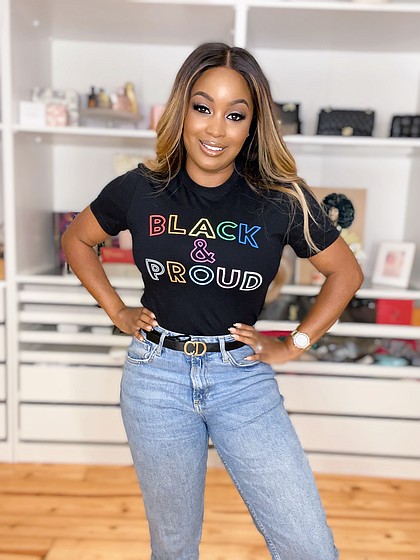 The first time Ro came out of the closet it was not of her own will. She told her friend that she liked the boys but she thought the girls were a lot prettier. Next, she let it slip that she thought one of the girls on her school's high school basketball team was cute. Well, her friend played matchmaker, and before Ro knew it, she was in her first relationship.

All was going good, for the then high school Ro, taking her first dip in the lesbian pool. But prying eyes would end her puppy love. Although her teacher meant well, her teacher was so worried about Ro and her new love that she told her mother all about her concerns. Not knowing how her mom would react Ro feared the worst. She shouldn't have, as her mom was only disappointed in the fact that Ro didn't come to her herself with the secret. Her mother thought their relationship was close enough for her to share any and everything with her.

With her mother now knowing, that meant her dad had to be next. In Ro's eyes, this would be an even bigger test to navigate since he was a Baptist preacher. She grew up on the teachings of the Ten Commandments and all the Biblical lessons. She knows the Lord very well, reads scripture, and prays daily. Would he judge her and make her feel ashamed or would he be a parent that loves his child unconditionally? She didn't know which way he would go. She took a breath and told him her truth.

"He actually had the best reaction out of anyone I have told," Ro commented. "He has never ridiculed me. Not once. That is why it is so hard for me to accept church people ridiculing me. He has always been very loving and supportive." 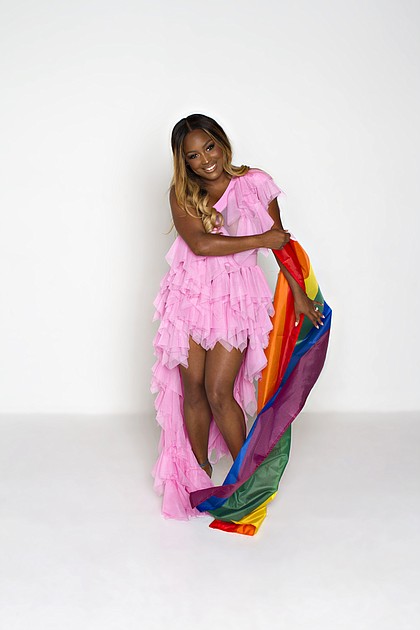 Attire from The Modern Day Collection

Coming Out the Second Time Sort Of

After high school, Ro went back in the closet so to speak. It’s kind of traumatic when a teacher calls you out and you are not ready to be all out there like that. So like a hermit, Ro crawled back in.

She tried the "normal" thing. Even got herself a boyfriend. One day her boyfriend turned to her and said, "I don't think you like me. I think you really like girls." Totally shocked, Ro couldn't believe how he had seen through her smoke and mirrors. After confirming his suspicions, her boyfriend became her best friend. To this day he and Ro are still the very best of friends.

Despite that encounter, Ro still lived behind a mask for many years living two different lives. She said, "I got so tired of telling people that girls I was dating were just my friends. And I didn't need a boyfriend because Jesus was my boyfriend." 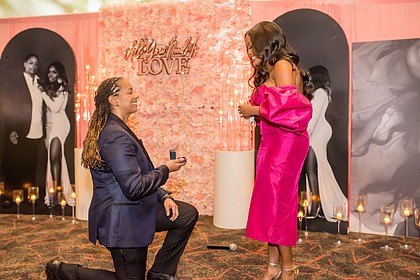 The Year That Changed Things

The walls came down in 2014 for Ro after she attended a fundraiser gala and met someone who changed her world completely.

On the arm of another, she was casually introduced to a medical doctor/DJ named Cwanza Pinckney. They exchanged pleasantries seemingly never to speak again but Ro left an impression on Cwanza from the start.

Upon Cwanza's next sighting of Ro at a club she made her move. In a somewhat casual manner, she sent over some drinks to Ro's table to gauge her interest. When Ro didn't respond to the gesture, Cwanza assumed she wasn't interested. (Side note #1: Never make assumptions.) It wasn't that Ro wasn't interested. Ro doesn't drink so she never even paid attention to the drinks. (Side note #2: Know your subject.)

Third time is a charm right? As luck would have it Cwanza was able to run into Ro a third time at another gala. This time Cwanza just walked over to Ro and started a conversation. They started talking and never stopped. Four hours later and they had shut the gala down. Neither knew at that moment they had just met their person. They became inseparable.

Now they will be officially connected together forever as Cwanza got down on one knee and surprised Ro with a proposal that would make anyone blush. She rented out a movie theatre filled with their family and friends. As an unsuspecting Ro walked into the movie theatre and caught on to what was about to happen, she burst into tears. It was a dream that she had dreamt many times in reality form. Cwanza had done it all just for her. She finally had everything she wanted. She just had to be true to who she is to get it. Meet Roneshia Ray. She is Black, Proud, and has Pride in who she is.

Pageant for All Races & Ages

*All photographer taken by Tiffany Kowalski

*All attire from The Modern Day Collection