Honoring Houston Women in the Pulpit 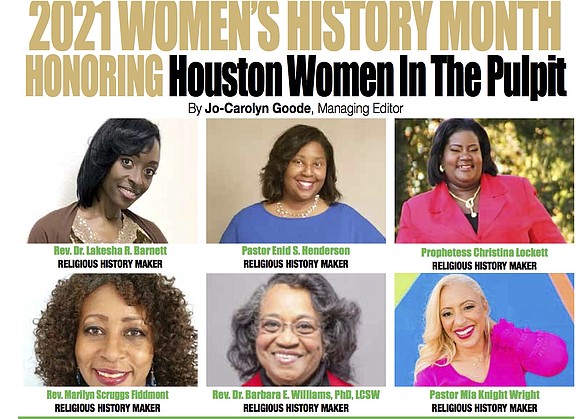 Women in the pulpit are always a controversial topic in some religious circles. Basing their belief of 1 Timothy 2:12 where Paul writes to Timothy in a letter saying, “I do not permit a woman to teach or to exercise authority over a man; rather, she is to remain quiet.” Many Bible scholars have interpreted that to mean that men should be the rulers of the church and women should be submissive. However, there are also those who note the many ways that God uses women in the Bible to act as teachers as in Acts 18:26 when Priscilla and Aquila provided further instruction to Apollos.

It is a debate that could go on and on. Despite the arguments around the subject, there are women who have not allowed their voice to be silenced. Subsequently, there are also men who know the value that women preachers can bring to the pulpit. Therefore, they encourage and give them the platform to trust their own voice and reverberate the message that God wants them to deliver to His people. During Women’s History Month, we honor the women of the cloth who know that God created men and women equally to use their voice accordingly. Meet some of the women of the pulpit who glorify God, the most-high!

Being her authentic self has always been the path that Rev. Dr. Lakesha R. Barnett has followed. This has made her an all out advocate of what she believes in, how she views herself, and how she has chosen to navigate in the world. In 1998, Barnett received the call to preach. But before answering the call Barnett took a real examination of herself and her relationship with God to make sure this is what He wanted her to do. Barnett walked into her purpose and was ordained as a minister on February 14, 2001.

She became the first female assistant pastor at New Faith Church and went on to become the Minister of Young Adults and Prayer at Wheeler Avenue Bap- tist Church. In this role, Barnett has transformed the ministry from insightful videos and initiatives to create programming to really grow the faith of young adults. This has been one of her greatest joys to witness. In addition, Barnett has been appointed by the senior pastor, Rev. Dr. Marcus D. Cosby, for many special programs. Through preaching and praying Barnett’s ministry has even allowed her to be an evangelist out- side of Houston and its boarders to preach in Mexico, Jamaica, India, Anguilla and Ghana. Her motto is “The world is my pulpit.”

Having been on the cusp of welcoming women of the cloth, Barnett tries to empower and offer support of other female preachers and launched HER Call Ministries, a non-profit organization that is a network for women in ministry. Barnett is also an author. She has two books, The Intensified Life: Experience God and Live to Tell About It and Work Infusion. 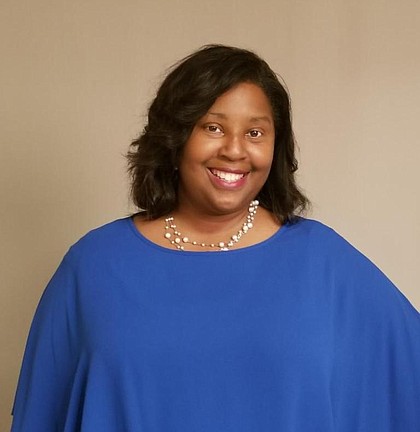 Having a glass that is half full means that you have only partially hydrated yourself. This concept is what has been the best advice that Pastor Enid S. Henderson has received on her journey as a minister. Her friend told her, “You can’t pour out if you are empty.” Since a good shepherd is supposed to feed their flock how does a shepherd do that if they are empty themselves. Henderson constantly embraces the Word of God so that she is never empty and always ready to be a teacher of God’s Word.

Pastor Henderson always saw her role in the church as a worker bee until she began reevaluating her life and answered the call God was pushing her towards. She stepped up her service in the church and allowed God to use her as He saw fit. Pastor Henderson describes the experience as God bringing her from the shoreline to the deep end of the water. Today, after sub- mitting herself to the will of God she is the Executive Pastor of “The Higher Way Church” Jones Memorial United Methodist Church. She loves, serves, teaches, reaches, and prays to God and His people.

This spiritual journey has had Pastor Henderson experiencing mixed feelings as a minister. Unfortunately, Pastor Henderson has not always been welcomed to the pulpit by her male counterparts. Often she is looked at as an assistant rather than an equal. This has caused her to always be overly prepared, bold, confident, and really know who she is and whose she is. This also makes her grateful to her friends who stand up for her, other women in the ministry, and for her church who openly encourages women to use their gifts in the church. 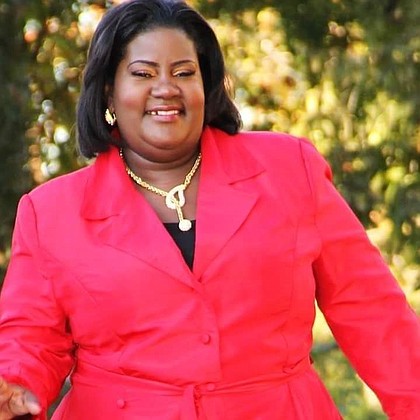 Having hope that there is something better can easily fuel a life. Just the thought of hope can shape dreams, push one in a positive direction, and bring light into dark situations. Hope is what wakes up Christina Lockett each day and puts her feet on solid ground. Hope, for Christina, is tied to her faith.

Hoping in the Lord is all Lockett has known her entire life. Growing up as the daughter of a preacher, she stayed in the church and followed in her father’s foot- steps to be a minister. Starting out as a Sunday School teacher, Lockett gradually made her way to the pulpit after seeing herself in her dreams preaching the Gospel. She feels extremely fortunate to have been welcomed into so many spaces to preach unlike some of her female counterparts. It is all fueled from her positive mindset coupled with positive words that equal a positive out- come to form her message of hope.

More than a slogan, “A Message of Hope,” is a belief that you can overcome any obstacle with God. Lockett wants to restore hope in those that have lost it and birth it in those who never had it. She began to expand her ministry beyond the pulpit with her first book, Love Lost, My Story: A Message of Hope that chronicles her personal trials to her new life filled with hope. Lockett followed that book with a supplemental addendum, My Story, Healing Journal: It Starts With Me. Now “A Message of Hope” has evolved to more books, an award winning radio show, and a magazine. 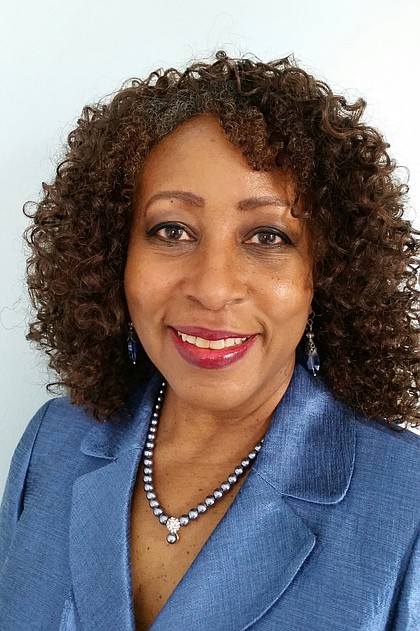 Most preachers can tell you when they received the call to preach. However, Rev. Marilyn S. Fiddmont can’t answer that question. For her, it seems that she has always had the call to preach. When you grow as a preacher’s child and he is constantly saying to his brew of seven children, “One of you will be a preacher and it might not be one of my sons.” Well, daddy was right. His preacher child turned out to be one of his daughters. If that wasn’t enough of an indication that Rev. Fiddmont should be a minister, her marriage might have been the other sign. She married into a family of preachers. Her husband, father-in-law, and several brothers-in-law are all preachers. And then there was another sign, her job. For 17 years, Rev. Fiddmont worked in the Coastal Plains Area Office, a judicatory office of the Christian Church (Disciples of Christ). They say God works in three’s and Rev. Fiddmont had her three signs. She officially answered the call to preach in 1995 to the delight of many.

With no role model that looks liked her Rev. Fiddmont create her role in the ministry. Using the example of her father and her personal experience in the church Rev. Fiddmont would go on to grow in the faith to become the Vice President of the Southwest Zone and Northeastern Region. She also has pastoral responsibilities with The Good Shepherd Christian Church.

Now with more than 25 years of official min- istry, Rev. Fiddmont knows that all gifts from God come to an individual to benefit His people. One of her greatest joys as a minister is the opportunity to help someone be born again through the act of baptism. “It is a reaffirmation of what I have believed as an individual, and what we believe together,” said Rev. Fiddmont. 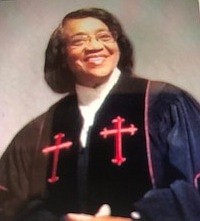 Being a minister of God’s Word was like a destiny just waiting to be fulfilled by Rev. Dr. Barbara E. Williams, PhD, LCSW. In her teen years she was already sought out speaker for teen youth confer- ences, as she was a Methodist Youth Lay speaker. She denied her calling for years despite others constantly telling her that was her future. She did, however, attend Ministers’ training for several summers before she accepted the call to preach in her forties.

As a female accepting such a call from God has to be done in a space where one feels welcomed and loved. Rev. William’s couldn’t have selected a better place than Wheeler Avenue Baptist Church with Rev. William A. Lawson as her guide. Rev. Lawson believed that if God called a woman to preach who was he to stand in God’s way. Rev. Lawson offered Rev. Williams support and all the help she needed.

She has been a member at Wheeler Avenue for years and for the past 28 years she has served in the church with her current role being the Minister of Counseling providing counseling for individuals, fam- ilies, and group therapy to congregants who express a need to help deal with the challenges of life. Rev. Williams said her greatest joy is to see when people really learn to allow God to be in control of their lives and to witness them submit. It is similar advice that she has received and believes in as a minister: 1. Seek God’s face before making any decision, 2. Form an intimate relationship with God, 3. Study the Word and to always Trust God and 4. Lean and depend on God. 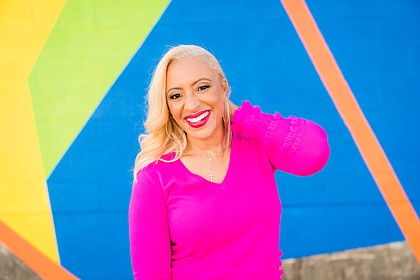 Before she enters a room you already know her name. Mia K Wright was ministering before she knew it. As the wife of Pastor Remus Wright, she was just worshipping her God while supporting her husband and church. She began to feel nudges from God when she started working on organizing the church’s expansion plans. Pastor Wright had a successful career in pharmaceutical sales, yet God was pushing her towards vocational ministry. Finally, she slowed down long enough to pray to God and wait for His answer. God said, “Preach my Word.” At first, Pastor Wright thought, God couldn’t be talking to her. Women preachers are not widely accepted in the world. “Maybe I heard the message wrong,” she thought. But oh no, Pastor Wright heard the message just fine.

Finally accepting the call to preach the Gospel, Pastor Wright began ministering drawing souls to Christ, changing lives, and walking in her purpose. Now she is the co-Pastor of The Fontain of Praise (her husband is the other co-Pastor) and Director of Ministry. She is over the development and organiza- tion of 250 leaders and 75 ministries. In her years of ministry, one of the number one lessons she has learned is to not argue with God but just to love, trust, and fol- low Him. Adhering to that Pastor Wright has become an in-demand conference speaker, pulpit orator, and motivational speaker with an annual Metamorphosis conference and book “Unthinkable” all for the glory of God. Might I also add she does this while balancing a family of four. She won’t stop because she can’t. She is fueled by the joy of “seeing people receive messages that help them to live better lives.”