Men Are Four Times As Likely to Commit Suicide. Why? 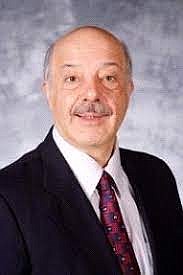 In 2020, according to the CDC, suicide took the lives of over 45,979 men, women, and children. That’s one death every 11 minutes. Not only is suicide an epidemic for the general population, it’s the third leading cause of death for boys and the 9th leading cause of death for all males. Women are 1.5 times more likely to attempt suicide than men, however men are still 4 times more likely to die as a result.

“Suicides in men are the ultimate expression of despair. Over 75% of men who commit suicide have never been diagnosed with a mental health condition” commented Men’s Health Network’s Senior Science Advisor Dr. Salvatore Giorgianni, PharmD. “This is a true tragedy and a failure in healthcare to identify men and boys at risk. Family, community members and healthcare providers must be more diligent in screening and recognizing the telltale signs of emotional pain in men.”

Depression is an illness that severely affects people of all ethnicities, races, genders, geographic regions, and ages, so why is it that men are dying at significantly higher rates? This is a complex, deeply nuianced issue for each individual lost to suicide, however some factors are consistently present in male cases.

There’s an unseen stigma around mental health treatment for men

When it comes to mental health stigma, no one group bears more social resistance against therapy than men. Not only is there an issue with willingness to open up—there is also an issue with men lacking a language with which to disclose mental health concerns. American Psychological Association president and psychologist Ronald F. Levant calls it "normative male alexithymia" a term literally meaning ‘having no words for emotions.’ Due to social norms and natural differences in emotional regulation like ‘cognitive reappraisal’ (the process by which people down-grade their emotions), men are seen to conceal the signs that they are experiencing mental distress.

Men have greater access to lethal, violent means of suicide

Women are reported to have higher rates of suicide attempts, acording to the CDC. However the CDC also reports that “males make up 49% of the population but nearly 80% of suicides” indicating that males are four times as likely to commit suicide. This disparity in male suicides has many facets, but the one key factor is the more lethal methods men are using. The leading means of suicide in men are firearms, hanging, asphyxiation or suffocation, jumping, moving objects, sharp objects, and vehicle exhaust gas; all lethal, with little room for revitalization. To compare, women are more likely to attempt suicide with self-poisoning, exsanguination and others. While those methods are lethal, then they leave far more room for a failed attempt, and recovery. Men are taking more deadly routes to suicide, and the numbers show it. Combine that with male propensity toward impulsive behavior, and the higher suicide death rates make sense.

Men have a greater propensity toward impulsive behavior

Using objective behavioral methods, in a study on addictive behavior by gender from the National Institute of Health, male subjects were observed to be more impulsive than their female counterparts. Men are also reported to engage in reckless behavior more often than women, including drug use, violence, and reckless driving. This is a difficult factor to objectively measure, but unintentional injuries are the 3rd leading cause of death for men, another signal of impulsive reckless acts. This is likely to contribute to the disparity we see in male suicide; when men are the most severely suicidal they are more likely to pick a fast way out.

Depression looks different for everyone and has symptoms as diverse as the underlying causes, but in general it looks different in men and women. This is contrary to the common belief that men are just less emotional than women; “Men actually have just as many signs, but they're different from the ones women manifest. Male-typical signs are typically not flagged by the most common mental-health screening tools'' stated Armin Brott, bestselling author and fatherhood expert. Observably, self-medication displays the degree to which men are silently suffering. According to the National Institute on Drug Abuse “Men are more likely than women to use almost all types of illicit drugs…more likely to result in emergency department visits or overdose deaths,” a statement based on the 2016 National Survey On Drug Use and Health. Add to this the previously stated fact that 75% of the men committing suicide were not previously diagnosed with a mental health condition, and this disparity makes a bit more sense.

While cultural stigmas do partially explain why men avoid seeking medical help, healthcare coverage and costs also fuel men’s hesitancy to see a doctor or mental health professional. The CDC estimates that roughly 9.5% of men do not have access to health insurance. Additionally, the Commonwealth Fund reports that 37% of the American men surveyed reported being likely to neglect seeking care because of cost. Nearly half reported problems with paying medical bills. Even with insurance, 33% of U.S. men paid more than $2,000 out-of-pocket. This is triple the rate of German, Canadian and UK men who pay more than $2,000 out-of-pocket. Seeing these expensive trends in men’s healthcare, it’s no wonder that men are unlikely to seek professional care. It is financially inaccessible.

What can we do?

Start by checking on the men and boys in your life. Men need an outlet to express hurt, and a safe place to be honest if they are having suicidal, depressive thoughts. Men with a support system are significantly less likely to commit suicide. The U.S. 988 Suicide & Crisis Lifeline has become a successful infrastructure for those at risk, but the first step for improving mental health is for friends, families, and co-workers to become the support system for someone else. Men need someone to ask the questions no one else is asking: are you okay, really? How is your mental health? What do you need to be able to see a professional? In response to this epidemic disproportionately affecting men and boys, a network of men’s health advocacy groups led by Men’s Health Network (MHN) is launching a campaign of advocacy and events called ‘You Okay Bro?’ a social movement encouraging men and boys to speak up about their mental and emotional well being. To break the stigma, we need to stop talking about mental health issues as though they are un-common indicators of a person gone insane, and start talking about mental health treatment as a normal part of any male’s regular health care.