Hank Aaron and Vernon Jordan to be honored at the Black Enterprise Entrepreneurs Summit in Houston, TX May 17-20 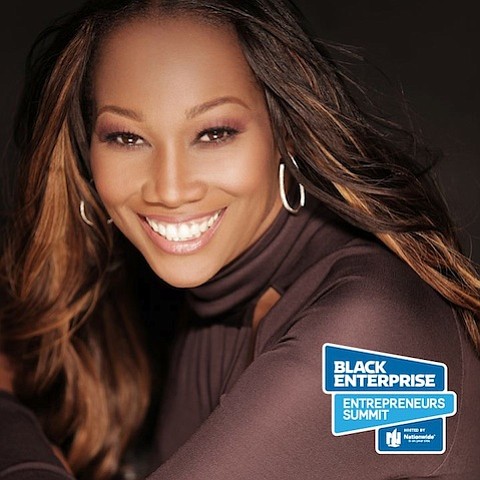 Faith, Love, Forgiveness, Protection and PRAISE. These are just five of the ten gifts explored in Yolanda Adams new power-filled inaugural book, Points of Power. We are so excited to announce that 5 time Grammy Award winning artist and #entrepreneur, Yolanda Adams, will be joining us at the 2017 Entrepreneurs Summit! Link in bio to register now! #besummit #yolandaadams

NEW YORK, April 27, 2017 /PRNewswire/ -- Where Innovation and Capital Meet. Join BLACK ENTERPRISEat the 2017 Entrepreneurs Summit hosted by Nationwide on Wednesday, May 17 through Saturday, May 20, at the Marriott Marquis Houston in Houston, Texas, with a powerhouse lineup of some of the nation's most accomplished and celebrated entrepreneurs and motivational speakers. Patti LaBelle; singer, author, actress, and entrepreneur will join Yolanda Adams; gospel singer, record producer, and radio personality, as keynote speakers at the 2017 Entrepreneurs Summit.

An annual highlight of the Summit is the presentation of the nation's top awards for African American business achievement and community involvement. The Black Enterprise A.G. Gaston Award will be presented to MLB Hall OF Famer, Entrepreneur and humanitarian, Hank Aaron; and Corporate Champion Award to civil rights leader and attorney, Vernon Jordan, at the BE 100s Gala on Friday, May 19th. This awards recognizes the outstanding achievement of individuals who has had broad and positive impact on his or her industry as well as the community at large, while serving as a champion of entrepreneurship and business growth, employment opportunities, and wealth creation for African Americans.

The 2017 Black Enterprise Entrepreneurs Summit boasts high-powered sessions on critical business topics such as "Business Coaching: Crafting Your Game Plan," "BE Talk: Innovation and Funding," "Fundraising from Startup to Scale Up in the Tech Space," "Spotting Trends and Opportunities in Tech," and "Seizing Opportunities in Franchising,"just to name a few.

For the aspiring entrepreneur, Equity Date with an Angel offers practical advice on how to raise funding for your business. Plus, the Black Enterprise Elevator Pitch Competition will award $10,000 for the best new business idea. The ABC Shark Tank Diversity Tour will also be holding an open casting call to identify entrepreneurs ready to pitch their ideas for an investment on the hit business reality show.