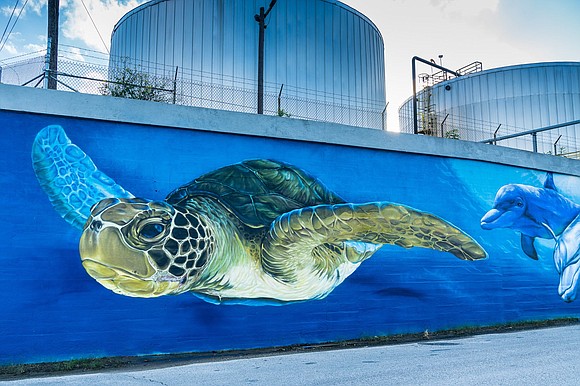 The mural is also the result of a coalition of community groups in the East End. During a two-week period, more than 300 individual veteran and student volunteers cleared a 15-foot wide swath of overgrown foliage along a third linear mile of JW Peavy Drive to reveal an abandoned railroad spur. The spur was converted into a walking trail with 48 yards of mulch created from the trees and shrubs. The mural wall was cleaned and primed during the volunteer weekend.