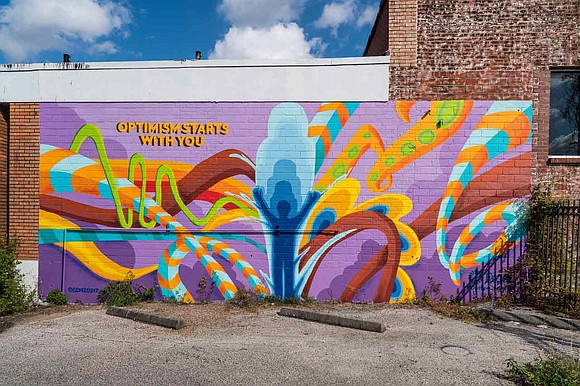 The East End District welcomes four new murals to the neighborhood, making this historic area one of Houston's top art attractions. The murals were created in collaboration with local businesses, art curators Up Art Studio, and the East End Houston Cultural District. With this new addition, more than 50 mural sites decorate the walls and sidewalks of this 16-square-mile area just east of BBVA Stadium in Downtown Houston.

Due to the numerous cultural assets and historical buildings in the area, including the Harrisburg Plaza, founded in 1936, the East End District has gained attention as a cultural center. In 2014, the Texas Commission of the Arts designated the area as a Cultural District.

Visitors and art aficionados are invited to view and enjoy the following new East End murals:

“Optimism Starts With You”: created by East End-based muralist and artist GONZO247 is located at 2219 Canal Street. This mural is made possible thanks to a partnership between Frost Bank, CultureMap Houston, and Triten Real Estate Partners. The East End District assisted with the site selection. 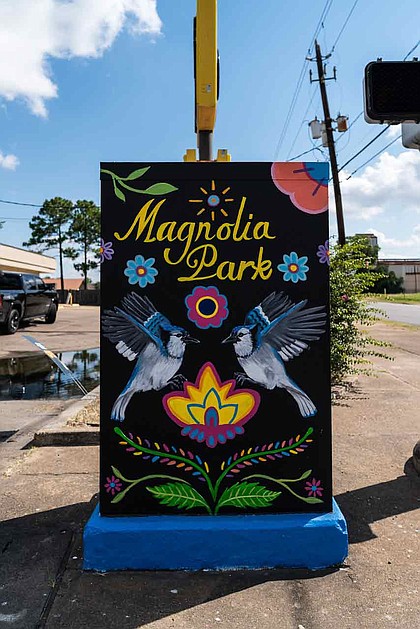 Magnolia Park Mini Mural created by local artist Sylvia Blanco is located at the intersection of 75th Street and Harrisburg Boulevard. This colorful mural represents the traditional Mexican embroidery often found on huipiles (Mexican dresses). This artwork was made in partnership with UP Art Studio and funded by the East End Houston Cultural District (with support from the City of Houston and Mayor’s Office of Cultural Affairs through the Houston Arts Alliance).

“Gateway to Gus Wortham”: created by artist and muralist Armando Castelan is available to the public on the northwest side of the intersection of Wayside Drive and I-45. 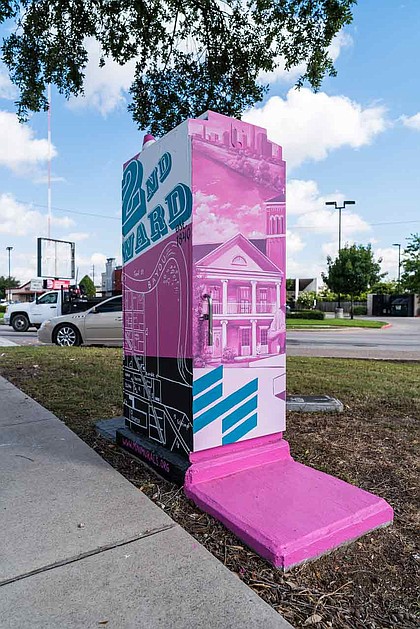 Second Ward Mini Mural created by artist Armando Castelan depicts historical scenes from the Second Ward community. Located at the intersection of York and Navigation, this mural was made in partnership with UP Art Studio and was funded by the East End Houston Cultural District (with support from the City of Houston and Mayor’s Office of Cultural Affairs the Houston Arts Alliance).

For Armando Castelan, the murals created in East End Houston mark a new effort to beautify this historic area of Houston. He said, “It is very satisfying to know that my art is being used to enhance the area. I enjoyed meeting some of the locals while painting. They were appreciative of the art and imagery created.”

Visitors can learn more about all murals residing in the East End by visiting https://www.eastenddistrict.com/capital-projects/east-end-public-art/ or by using the new UP Art Studio website built with the support of East End Houston’s Cultural District. The new website provides a virtual tour of murals throughout the Greater Houston area.

Photos thanks to Dan Joyce.