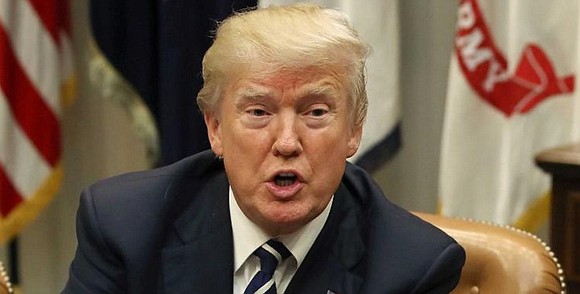 "A total WITCH HUNT with massive conflicts of interest!" Trump tweeted. He has frequently slammed the probe as a "witch hunt," dismissing it as a frivolous investigation launched by his political enemies seeking to delegitimize his election victory.

Trump lashed out at Mueller's team over the weekend, as well as former FBI Deputy Director Andrew McCabe, and former FBI Director James Comey, raising fresh speculation that the President could seek to fire Mueller. The White House publicly denied Sunday that Trump would do so.

Trump has previously accused Mueller's investigative team as being politically biased, pointing to some of the lawyers who have donated to Democrats over the years. Over the weekend, he said the team has "13 hardened Democrats, some big Crooked Hillary supporters, and Zero Republicans."

Trump spent the weekend alternating between boasting about the Friday night firing of McCabe and fuming about the special counsel's investigation, sources familiar with how the President spent his time said.

As he phoned his outside advisers and allies, Trump's growing irritation with Mueller overshadowed his delight over McCabe's dismissal. Though Trump was pleased that Attorney General Jeff Sessions fired McCabe, a source familiar with his thinking said they are doubtful that this will change his overall frustration with Sessions over his recusal in the Russia investigation.

CNN, citing a person familiar with the matter, reported in January that Trump called for Mueller's firing last June. Trump has denied calling for the special counsel's ouster.

Trump's weekend attack on Mueller came after his personal lawyer, John Dowd, called for an end to the special counsel's probe into Russian election meddling.